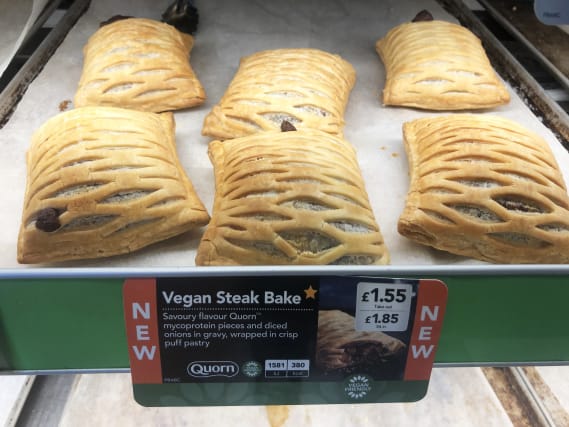 Greggs was somewhat blown off course by windy weather in February the business said as it revealed a big jump in both profit and sales last year.

“We made a very strong start to 2020 in January, but in February saw a significant slowdown in sales growth as a result of the storms that have affected the UK,” he said.

Nevertheless, despite these headwinds, like-for-like sales in Greggs shops managed by the company rose by 7.5% in the nine weeks to the end of February.

Mr Whiteside also warned that the business could face trouble from the coronavirus outbreak, which is causing “some uncertainty”,

Mr Whiteside said: “2019 was an exceptional year of progress for Greggs, during which we experienced a sustained increase in customer visits as increased awareness and appreciation of our brand gathered momentum.

“We expect to make year-on-year progress and will do so from a strong financial position, supporting our investment for further growth whilst also delivering good returns for all stakeholders.”

The chief executive said the new vegan range, which now includes the stake bake, as well as doughnuts, “has been our most successful product initiative in recent years”.

He added that there were more opportunities to sell meat and dairy-free versions of its best-selling lines.

Coffee and hot drinks are also promising markets, and the business is about to start investing in its coffee machines.

Mr Whiteside said the business had considered opening a national chain of stores offering only health products. However the team discovered there was not enough demand to justify such a launch.