Coronavirus patients ‘will not take priority over very sick’ 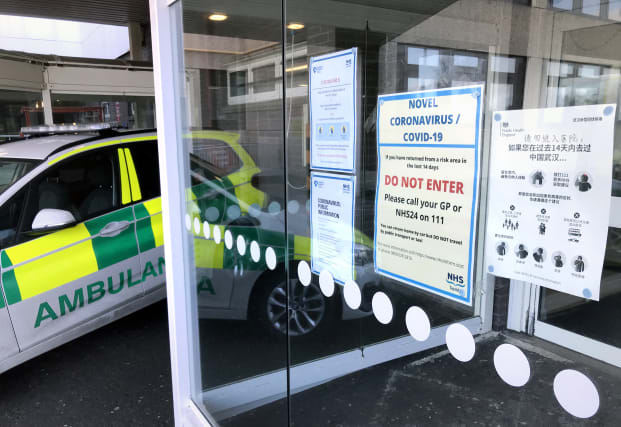 Scotland’s hospitals are capable of treating more than 200,000 coronavirus patients but some operations would have to be cancelled in the case of a rapid outbreak, according to NHS Scotland.

Asked about forecasts that a worst-case scenario could lead to more than 200,000 people in Scotland ending up in hospital, he acknowledged some surgeries would be cancelled “if we get a big peak in numbers”.

But Mr Leech sought to reassure people that essential treatments, such as chemotherapy and radiotherapy, would not be affected by a coronavirus epidemic in Scotland.

Speaking on BBC Good Morning Scotland, Mr Leech said: “We see half a million people every year in outpatient clinics so if we can slow the virus down and spread it out over a long time, we can absolutely cope with those numbers.

“Clearly, things are going to need to change if we get a big peak in numbers

“That might mean the cancelling of some elective surgery unfortunately if we get a peak, but it won’t happen all across the country at the same time.”

On the potential for cancelled operations, he said: “The health service makes prioritisation decisions every single day and right at the top of that list are the very sick, irrespective of coronavirus.

“Those with cancer, with chemotherapy, with radiotherapy appointments, with essential cancer surgery or other pieces of surgery, they will go ahead as normal.

“Only in the very, very extreme cases will we even cancel scheduled elective surgery – things that you can put off – but we’re not going to cancel chemotherapy and radiotherapy.”

Mr Leech reiterated the Scottish Government and health service were in a “containment phase” following the first diagnosed case in Scotland, trying to slow down the spread and learn more about the virus.

Ms Sturgeon said the Scottish Government is expecting a “significant outbreak of coronavirus”, with Dr Calderwood outlining estimates that between 50% and 80% of the population could become infected over a period of months.

More than 200,000 people – 4% of the population – may need hospital care due to the infection, although as of Monday just one person has been diagnosed with the virus out of 815 tests.