Coronavirus: One in five UK workers could be off sick as outbreak peaks 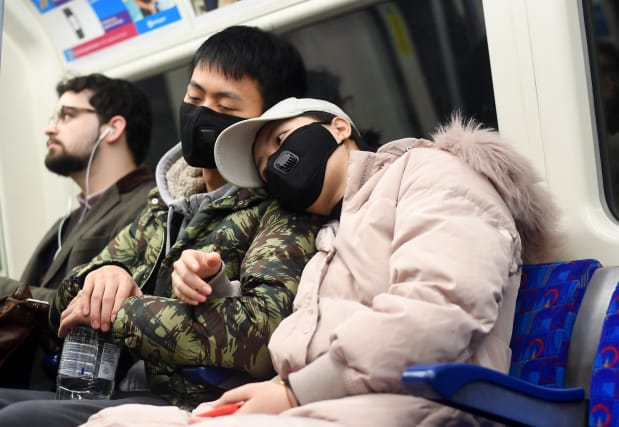 Up to one in five workers in the UK could be off sick during a coronavirus peak, while the police may switch to only dealing with serious crime, a new Government battle plan says.

The Government’s battle plan was set out before Health Secretary Matt Hancock revealed that the number of people diagnosed with coronavirus in the UK has risen to 51.

The document also emphasises the need for the public to take action, including washing their hands, checking in on relatives and neighbours and accepting that, in most cases, they will be told to stay at home if they have coronavirus.

In a worst case scenario, up to 80% of the population could become infected, with people in hospital with pneumonia and a relatively high death rate among the elderly and frail.

The document sets out possible strategies for delaying spread of the virus including school closures, “reducing the number of large-scale gatherings” and encouraging greater home working.

The military could also provide support to emergency services if needed, it says.

Launching the plan at a Downing Street press conference, Prime Minister Boris Johnson said he had “no doubt at all” that the “country is going to get through coronavirus, and get through it in good shape”.

He said it was “highly likely” the UK would see more widespread infection than at present, but added: “Let me be absolutely clear that for the overwhelming majority of people who contract the virus, this will be a mild disease from which they will speedily and fully recover, as we have already seen.”

Mr Johnson told reporters that “keeping the country safe is the Government’s overriding priority”, and the plan shows “we are committed to doing everything possible”.

Government scientific experts predict the UK would see a coronavirus peak two to three months after sustained person to person transmission becomes established across the country.

The new Government plan sets out how:

– The police would “concentrate on responding to serious crimes and maintaining public order” if they lose “significant staff” to illness.

– The military could be called in to help with the efforts. It cites “well-practised arrangements for defence to provide support to civil authorities if requested”.

– Hospital discharges could be monitored to free-up beds, with appropriate care in people’s homes.

– Businesses with short-term cash flow problems could be helped.

– A distribution strategy could be in place for sending key medicines and equipment to NHS and social care.

The Department of Health and Social Care said later that fire and rescue services would also only focus on their most critical functions if a pandemic was reached.

There would also be the emergency registration of health professionals who have recently retired, and the introduction of emergency indemnity coverage for health workers.

The document warns that the new strain of coronavirus means people have a lack of immunity to it, meaning “Covid-19 has the potential to spread extensively”.

Everyone is susceptible to catching the disease and thus it is “more likely than not that the UK will be significantly affected”.

During Tuesday’s press conference, Mr Johnson pointed to “long-established plans” by which the police would keep the public safe but would “prioritise those things that they have to do”.

He added: “And the army is of course always ready to back-fill as and when, but that is under the reasonable worst case scenario.”

Mr Johnson also told reporters he continues to shake hands with the people he meets.

He said: “I am shaking hands, I was at a hospital the other night where I think there were coronavirus patients and I was shaking hands with everybody you will be pleased to know, and I continue to shake hands.

“People must make up their own minds but I think the scientific evidence is … our judgment is that washing your hands is the crucial thing.”

On travel plans, the chief scientific adviser to the Government Sir Patrick Vallance said: “Once the epidemic is everywhere, then actually restricting travel makes no difference at all.”

He said as the virus grows in the UK, “then of course it doesn’t really make more sense to say that you’re at more risk somewhere else than you are here.”

Also on Tuesday, the Bank of England governor Mark Carney said policymakers stand ready to help businesses and households through an economic shock caused by the virus that could “prove large but will ultimately be temporary”.

Chancellor Rishi Sunak has also been forced to draw up plans in his Budget to counter the disease.

Officials hope to delay the peak of the virus until the warmer spring and summer months when health services are less busy coping with seasonal flu.

As of Monday evening, there have been 39 cases of coronavirus across the UK.