Coronavirus March 3 – all you need to know 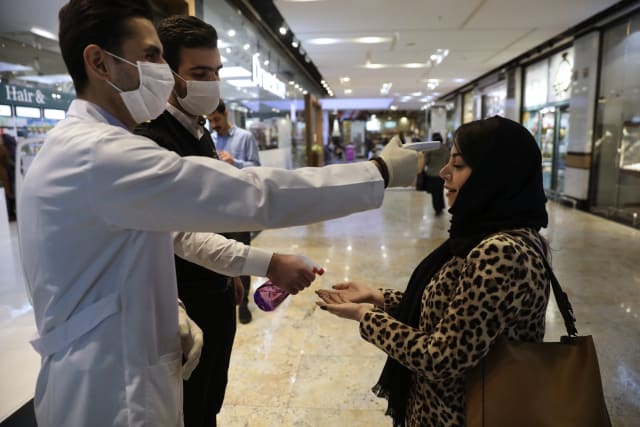 The UK Government has drawn up a battle plan to tackle the coronavirus, which has spread from Wuhan in China to countries across the world.

Tens of thousands of people have been infected and thousands have died, with world leaders scrambling to contain the Covid-19 virus.

Outside China, there have been cases in more than 60 countries.

He was the sixth passenger from the ship to die after more than 700 tourists contracted coronavirus on board.

There have been 51 confirmed cases in the UK, with nearly 14,000 people tested.

The 20th case was the first transmission of coronavirus within the UK and the Department of Health and Social Care (DHSC) said the original source was “unclear”.

The first diagnosed case in the Irish Republic was reported on Saturday.

The UK Government has said that in a worst-case scenario, up to 80% of the population could become infected, with people in hospital with pneumonia and a relatively high death rate among the elderly and frail.

Scientists predict the UK would see a coronavirus peak two to three months after sustained person-to-person transmission becomes established across the country.

Officials hope to delay the peak of the virus until the warmer months when health services are less busy coping with seasonal flu.

– What is the Government’s battle plan?

Possible strategies for delaying the spread of the virus include school closures, reducing the number of large-scale gatherings, and encouraging more home working.

The military could also provide support to emergency services if needed.

Other proposals include police concentrating on “serious crimes” if they lose “significant staff” to illness, helping businesses with short-term cash flow problems, and a distribution strategy for sending key medicines and equipment to NHS and social care providers.

It is understood these will give schools, councils and other parts of the public sector powers to suspend laws – including health and safety measures – to cope with a pandemic.

People returning from a number of other areas, including the rest of China and Korea, Japan, Hong Kong and Singapore, should self-isolate if they develop symptoms of cough or fever or shortness of breath.

Although several schools have closed or sent pupils home over fears of Covid-19 contact, Public Health England’s (PHE) general advice is for them not to close.

Health Secretary Matt Hancock confirmed on Tuesday that 10 had closed nationwide, but said schools should not close unless there is a positive case and the school has had advice to close from PHE.

Other schools have asked pupils to self-isolate, with many having pupils return after the half-term break from skiing trips to northern Italy, an epicentre of the outbreak in Europe.

Bank of England governor Mark Carney said policymakers are ready to help businesses and households through an economic shock caused by the virus that could “prove large but will ultimately be temporary”.

Markets around the world plunged in late February, but have since rebounded on expectations that central banks globally will cut rates to counter the impact of coronavirus.

The World Health Organisation (WHO) has convened a group of experts to fast-track promising tests, drugs and vaccines, but experts say it could still be months or even years before any approved treatments or vaccines are developed.

The UK Government is putting £40 million into trying to find a vaccine and also aiming to improve treatments for patients with the disease.

These droplets land on objects and surfaces and can be picked up by other people touching them then touching their nose or mouth.

Thorough hand-washing, maintaining distance from others and avoiding handshakes are among the most effective measures for reducing the risk of catching coronavirus.

Everyday precautions like carrying hand sanitiser, covering your mouth and nose with a tissue or sleeve when you cough or sneeze, rather than your hands, and binning used tissues immediately is also helpful, according to the NHS.

Boris Johnson has urged people to wash their hands to the tune of Happy Birthday.

However, after reports of people bulk buying food and clearing shelves of antibacterial gel and other supplies the Government has warned people not to panic buy.

More severe cases can cause pneumonia, Sars, sepsis and septic shock, which can lead to death.

The DHSC has said it believes the risk of catching coronavirus from someone with no symptoms is low, but many people with Covid-19 experience only mild symptoms, particularly during the early stages of the disease, and it is possible to catch it from them.

The Government’s new battle plan says the elderly and people with pre-existing illnesses would be at highest risk.

Overall around 1% of people who become infected “might end up dying” but this is “significantly” higher among people over 80, officials said.