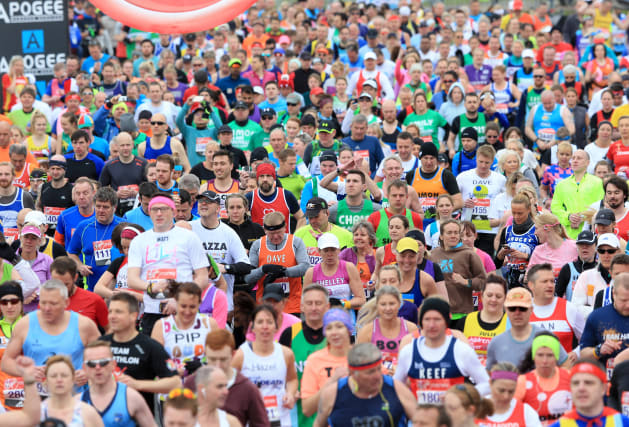 Health Secretary Matt Hancock has said it is “far too early” to cancel or restrict participation in the London Marathon as part of the Government’s coronavirus containment strategy.

Organisers of the event have said they are “closely monitoring” the situation and being guided by government advice with the race just eight weeks away.

It comes as many events in Asia and Europe have been reduced or abandoned in recent weeks as nations try and halt the spread of the disease.

Italy has suspended sporting fixtures in regions hit by the virus until March 8, while France has banned indoor gatherings of more than 5,000 people.

This weekend, the Tokyo marathon took place on deserted streets with only elite runners and wheelchair athletes permitted to participate and the Paris half-marathon was cancelled completely.

Hugh Brasher, events director at the London Marathon, said: “We are monitoring closely the developments relating to the spread of coronavirus and noting the updates and advice given by the UK Government, the World Health Organisation and other UK public bodies.

Mr Hancock told BBC Breakfast on Tuesday that at the moment the British government was not recommending cancelling mass events.

Asked about the possible cancellation of the Virgin Money London Marathon next month, Mr Hancock said: “It’s far too early to be able to tell in that instance.”

He added: “What we can say for sure is that right now, we do not recommend the cancelling of mass events, and schools as well should not be closing unless there is both a positive case and the school has had the advice to close from Public Health England.

“Right now, that is what people should be doing and otherwise going about their normal daily life because we want to minimise the level of disruption, subject to doing the things we need to do to keep people safe.”

He said it was a “reality of this disease” that there were actions the “Government does not normally take and that we don’t want to take, that may be necessary to keep people safe”.

More than 40,000 people run the marathon each year while around 750,000 spectators line the streets to cheer them on.

Mr Hancock said the top priority for the public was to wash their hands regularly.

“Right now, as long as you wash your hands more often that is the number one thing you can do to keep you and the country safe,” he said.

“Capture a sneeze or a cough if you have one and then follow the public health advice if you’ve travelled from one of the affected areas.”

Mr Hancock said scientists were not calling for an end to handshaking, adding medical advice says the impact of the gesture is “negligible”, but said people should wash their hands more often.