Carney warns over ‘large but temporary’ coronavirus hit to economy 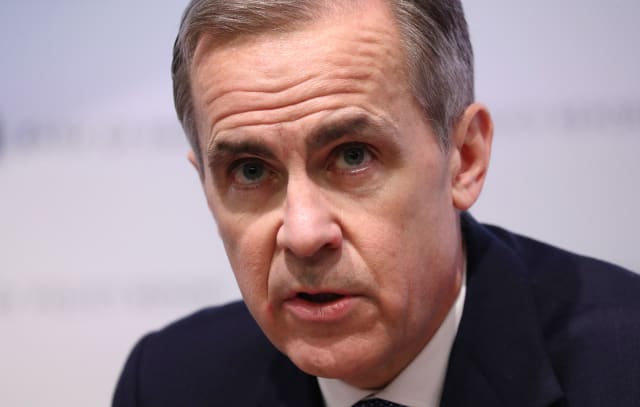 Bank of England boss Mark Carney has warned the economic shock caused by coronavirus could “prove large”, but said central banks and governments worldwide are preparing a powerful response.

The Bank’s outgoing governor told MPs on the Treasury Select Committee that while the hit to the economy in the UK and globally could be significant, it will “ultimately be temporary”.

He said UK policymakers stand ready to “act as appropriate” to support the British economy and financial system, and added there was likely to be a fiscal and monetary policy response both here and globally.

The “collective response will be both powerful and timely”, according to Mr Carney.

He said: “The Bank of England’s role is to help UK businesses and households manage through an economic shock that could prove large but will ultimately be temporary.

“The Bank will take all necessary steps to support the UK economy and financial system, consistent with its statutory responsibilities.”

He added that he has been holding a series of discussions with the Chancellor over the issue and said the Bank is ensuring “all necessary contingency plans are in place”.

The committee heard the Bank is considering a “variety of policy options” while Chancellor Rishi Sunak is also looking at fiscal measures, with the Budget due on March 11.

His comments came as world stock markets rebounded again on Tuesday, with the FTSE 100 Index up around 2% on expectations that central banks globally will cut rates to counter the impact of coronavirus.

Mr Carney said the economic impact in hard-hit countries around the world could be felt across at least one quarter and possibly two as the mitigation measures for the outbreak have gone “beyond the containment phase to the delay phase”.

Comparing the outbreak to the 2008 financial crisis, he said while that had left lasting scars on the economy, the impact of the virus – also known as Covid-19 – is expected to be “disruption not destruction”.

The Bank is set to give more detail on its expectations for the economic impact when it meets to decide on interest rates on March 26.

But Mr Carney warned that policymakers are bracing for lower demand as household and business confidence is knocked.

“It’s reasonably plausible that the demand impact would be greater than the supply impact in the near term because of confidence effects,” he said.

Mr Carney gave assurances that UK banks have strong balance sheets which can withstand a significant global economic shock and added that the Bank could take measures to ensure that lenders keep finance affordable and available to consumers and firms.

He added: “We’re in daily, hourly contact with the banks… on their contingency plans.

“A number of them have started putting them into practice. They also include second sites and remote working.”

Mr Carney will not be in post for the next Monetary Policy Committee (MPC) meeting, but insisted he is in “continual contact” with incoming governor Andrew Bailey on coronavirus and other issues to ensure a smooth handover on March 16.