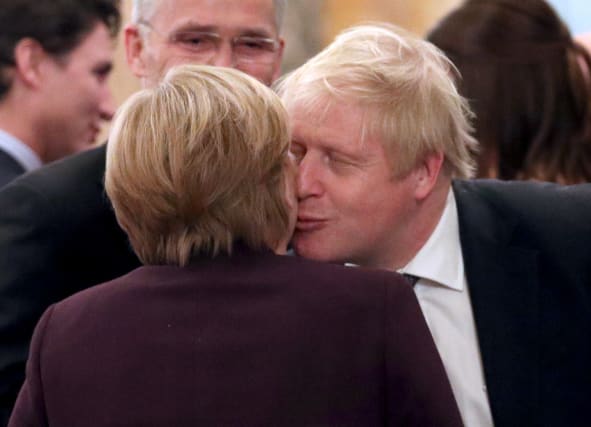 Boris Johnson has said he will continue to shake hands with people despite the outbreak of coronavirus.

The Prime Minister said the public must “make up their own minds” about the gesture, though he added that the Government’s judgment is that hand-washing is the “crucial thing”.

Elsewhere in the world, however, people are rejecting handshakes and refusing kisses in an attempt to reduce the spread of the disease.

And a video has been widely shared showing people in China tapping their feet against one another – dubbed the “Wuhan Shake” – as a hands-free greeting.

Mr Johnson told reporters at a press conference in Downing Street: “I am shaking hands. I was at a hospital the other night where I think there were coronavirus patients and I was shaking hands with everybody, you will be pleased to know, and I continue to shake hands.

“People must make up their own minds but I think the scientific evidence is … our judgment is that washing your hands is the crucial thing.”

Prime ministers usually have an audience with the Queen each Wednesday, where they typically shake the monarch’s hand.

Mr Johnson is also due to host a reception in Downing Street later this week.

Earlier, Health Secretary Matt Hancock said scientific advice suggests “the impact of shaking hands is negligible and what really matters is that you wash your hands more often”.