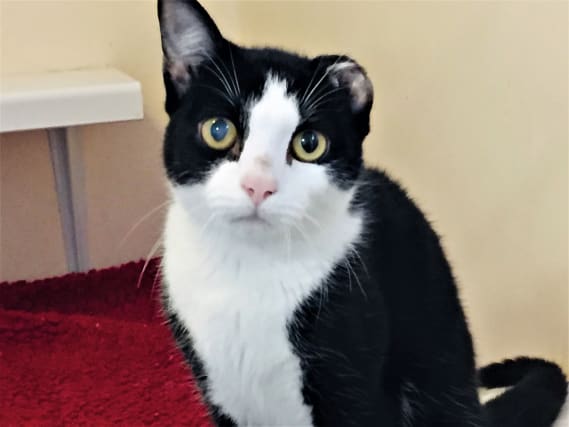 A man who described himself as a “monster” after he “tortured” a kitten and bit off his ear has been jailed for 12 weeks, the RSPCA said.

Aaron Williamson, 20, carried out a “sickening” campaign of daily abuse against Litten the kitten, including repeatedly biting his ear and punching him when he was angry.

He pleaded guilty to causing unnecessary suffering to Litten when he appeared at Grimsby Magistrates’ Court.

Three kittens, including Litten, were removed from Williamson’s address in Grimsby, North East Lincolnshire, in September.

“He admitted repeatedly biting Litten’s ear, which resulted in the loss of most of it, and that he had lost count of the times he had punched Litten. He said he did it when he was angry.

“The district judge said his daily abuse of small, defenceless animals who were unable to harm him and were at his mercy was sickening.

“He said that Williamson had called himself a monster in interview, and that was accurate as to how he behaved.”

Ms Burris added: “We are extremely grateful to the witnesses who contacted us and got these kittens out of this situation, despite the position that put them in. It was very brave.”

Williamson was also banned from keeping animals for life, ordered to pay £250 costs and a £120 victim surcharge.

Litten has now been rehomed with a family in Derbyshire, who have renamed him Oreo.

Ms Burris said: “I am so happy that he has found a fantastic new home, with people who love him and are caring for him in the way he always should have been cared for.

“It could have been a very different outcome for him if we hadn’t been able to intervene when we did.”