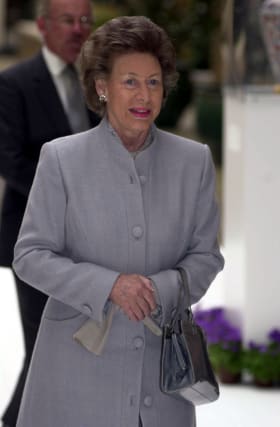 Hand-built to special order, the Rolls-Royce Silver Wraith II was finished in cardinal red and delivered to Kensington Palace on May 16 1980.

Among those to travel in the vehicle over the years were the Queen, the Queen Mother and US president Ronald Reagan and his wife Nancy.

Its bespoke interior fittings included moving back the upholstery piping on the front and rear seats so there was no danger of it contacting Margaret’s neck should she choose to recline.

Warrington-based auction house H&H Sales is also offering a silver Bentley T Series formerly owned by film director Michael Winner at the same sale with an estimated price of between £25,000 and £30,000.