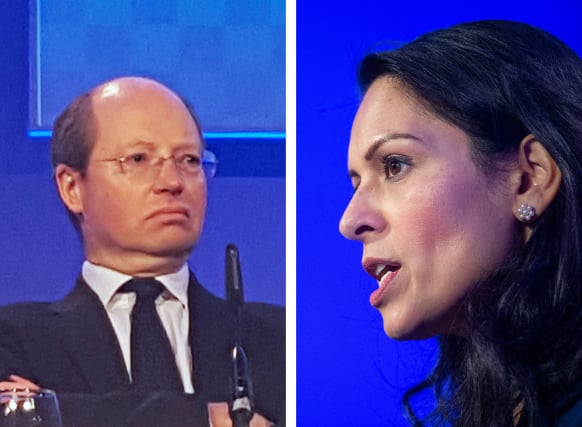 Boris Johnson has asked the Cabinet Office to “establish the facts”, following allegations that Home Secretary Priti Patel has breached the ministerial code.

He addressed the Commons after Sir Philip Rutnam quit as permanent secretary of the Home Office after rows with Ms Patel, with allegations of bullying levelled against the Home Secretary.

“The Prime Minister has expressed his full confidence in her, and having worked closely with the Home Secretary over a number of years, I have the highest regard for her, she is a superb minister doing a great job.

“As is usual, the independent adviser on ministerial interests, Sir Alex Allan, is available to provide advice to the Prime Minister.”

Mr Gove said the Government would not comment on an individual matter, in line with its long-standing policy, before praising the Home Office ministers and civil servants.

Mr Corbyn said if the “serious allegations” raised by Sir Philip about the Home Secretary’s conduct are true “then that would clearly constitute a breach of the ministerial code”.

He added: “Why, without a proper investigation, has the Prime Minister defended the Home Secretary, calling her fantastic and saying he absolutely has confidence in her?

“It’s not enough just to refer this to the Cabinet Office, the Government must now call in an external lawyer, as quite rightly suggested by the union for senior civil servants, the First Division Association.

“A minister in breach of the ministerial code cannot remain in office and should be dismissed.”

Mr Corbyn said: “Isn’t the truth that this is a Government led by bullies, presided over by a part-time Prime Minister who not only can’t be bothered to turn up but simply won’t take the vital action required when the very integrity and credibility of the Government is on the line.”