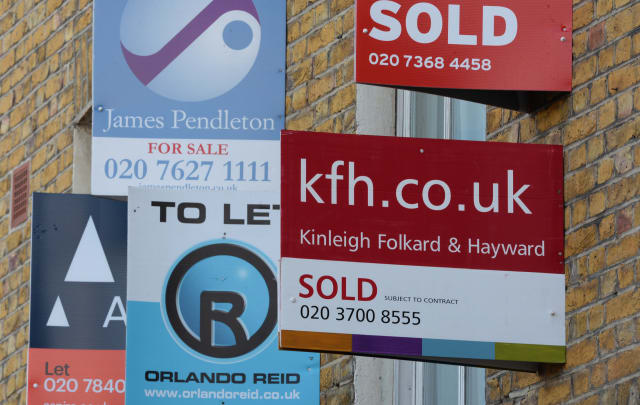 The number of mortgages being approved to home buyers increased to its highest levels in nearly four years in January, Bank of England figures show.

January’s total was 4.4% higher than in December – and was also higher than the general trend seen over the past few years, the report said.

The figures add to recent evidence of a housing market pick-up.

Simon Gammon, managing partner at Knight Frank Finance, said: “UK lenders have started the year eager to do deals with fresh targets to hit for 2020.”

Referring to December’s general election, he said: “Many that have waited for political clarity before making significant financial decisions are pushing on.

“Growth in re-mortgaging has been particularly strong and the ongoing rate war among the high street lenders means borrowers have been spoilt for choice when it comes to attractive deals.

“However, in the past fortnight we’ve seen a couple of lenders edging rates up, suggesting borrowing costs may climb in the months ahead.”

Mark Harris, chief executive of mortgage broker SPF Private Clients, said: “January was a strong month for lending, with mortgage approvals for house purchases at their highest since February 2016.

“This is no real surprise with an uptick in confidence and buyers and sellers willing to get deals done. We await with interest to see what the numbers look like over coming months, and hope for more of the same level of growth.”

The Bank of England’s Money and Credit report also said that the annual growth rate of consumer credit, which includes borrowing using credit cards, personal loans and overdrafts, remained at 6.1% in January.

It said consumer credit growth has stabilised after a downward trend seen over the past three years.

Meanwhile, business borrowing continued to follow a trend of weakness seen during end of 2019, the report said.

Businesses may raise funds by borrowing from banks or financial markets.

In January, UK businesses made net repayments of £421 million to these sources.