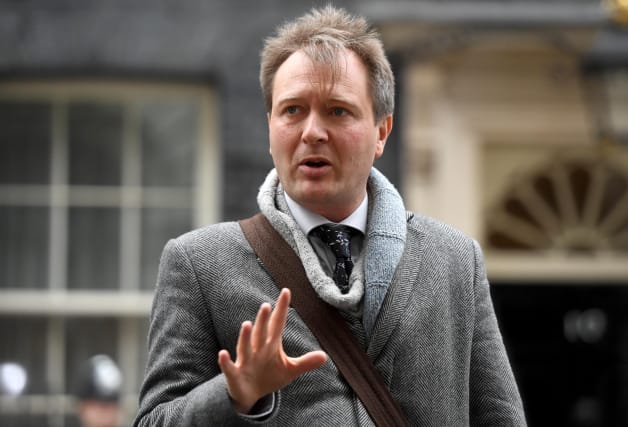 The husband of a British-Iranian woman jailed in Iran has criticised a government minister over his “disingenuous” update to Parliament, amid fears she has contracted coronavirus.

Richard Ratcliffe said his wife Nazanin Zaghari-Ratcliffe has still not been tested for the illness, despite showing symptoms.

He said the Iranian ministry of foreign affairs had told the Foreign Office (FCO) that she had been tested and confirmed negative.

But Mr Ratcliffe said his wife had confirmed this had not happened and he had told the FCO this was the case.

Foreign Office minister Nigel Adams told Parliament on Monday evening:  “I think things may have moved on a little bit today in terms of the testing with Nazanin Zaghari-Ratcliffe.

“Clearly we are unable to comment on any medical assessments without the permission of Mrs Zaghari-Ratcliffe.”

He said the Government has been in touch Mr Ratcliffe, who was watching in the public gallery with their daughter Gabriella, and was in “close contact” with the Iranian authorities to push for a “temporary release on medical grounds”.

After the issue was raised in the Commons Mr Ratcliffe told the PA news agency he saw Mr Adams’ words as “disingenuous”.

“It is irresponsible of the minister to hint at something he knows not to be true,” he said, in relation to his comments on the testing.

During the debate Labour MP Tulip Siddiq said Mrs Zaghari-Ratcliffe’s life “hangs in the balance”, and urged the Government to act urgently to help her.

Mr Adams reiterated that Mrs Zaghari-Ratcliffe should be freed from prison and outlined the humanitarian support provided to Iran to respond to the coronavirus.

Former foreign and health secretary Jeremy Hunt said the situation highlighted “the moral bankruptcy of Iran’s position”, with a British citizen being held “hostage” in a prison where she is “subject to catching potentially a very dangerous disease”.

He asked if the Prime Minister had called the Iranian president to make representations that Mrs Zaghari-Ratcliffe should be tested alongside other dual nationals, or if the Foreign Secretary had called his counterpart to insist on that happening, adding: “It is absolutely essential, if they have not, that they start to do that.”

Mr Adams said: “We have been engaging in fact today with the deputy foreign minister and I can assure him that our ambassador is working on behalf of all our dual nationals in that country.”

Although there are currently no confirmed cases at the Evin prison in Tehran, Covid-19 has spread rapidly across Iran with at least 54 dead and almost 1,000 patients identified.

Speaking on Good Morning Britain (GMB) on Monday, Mr Ratcliffe said his wife was showing symptoms of the virus  and that the prison where she is being held had run out of cleaning materials, including disinfectants, as well as medicines.

In a separate development, the UK, France and Germany – the three European countries which are signed up to Iran’s nuclear deal – promised £4.36 million (five million euro) in aid along with equipment for laboratory tests, protective body suits and gloves.