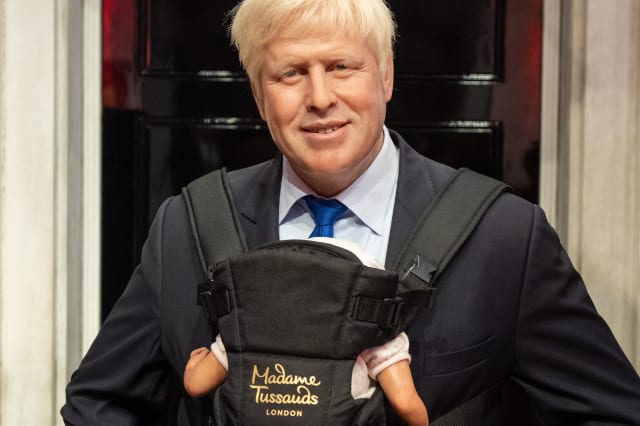 Madame Tussauds has added a baby-carrier to its wax model of Boris Johnson following the announcement that he and partner Carrie Symonds are expecting their first child.

The addition – which is only temporary – was made on Monday and features the infant strapped to the Prime Minister's chest in a Tussauds-branded sling.

Mr Johnson is reportedly unaware of the change to his wax model.

The PM and his partner have received congratulations from well-wishers, though the announcement's timing was branded as "convenient" by some political figures following the resignation of top civil servant Sir Philip Rutnam.

Mother passed coronavirus on to baby in the womb, study suggests

In Video: Purple patchwork of crops seen from above