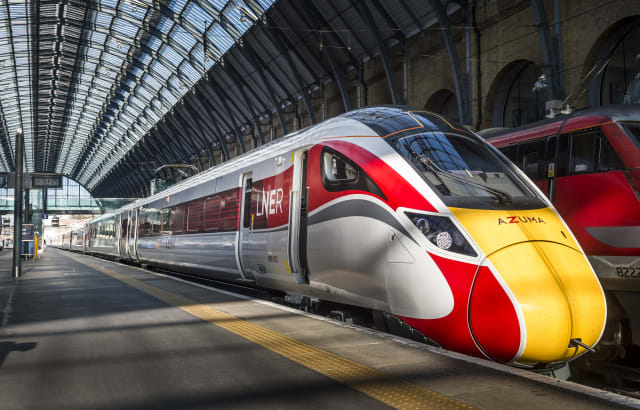 A train line has issued a plea for empathy after receiving criticism on Twitter when someone was hit by a train.

Journeys along the London North Eastern Railway (LNER) between Peterborough and Stevenage were cancelled and delayed on Monday after the incident.

The rail line shared anonymised screengrabs of the messages they received after announcing delays on social media and encouraged commuters to be kind when facing delays.

The first tweet said: “Incredibly frustrated that I’m on an @LNER train to #London that’s now facing a ‘severe delay# near St Neots due to someone being hit on the line, meaning I’m likely to miss the meeting that was the purpose of my journey.

“Move the body and let’s move on!”

Another comment added: “If it was their choice just shift them. No sympathy! The impact on other people’s lives is a disgrace.”

It said: “Do we need to remind people that some poor individual has lost their life? Their suffering and that of their family and friends pales in comparison to your missed meeting. We’ll get you to your destination, their family won’t get them back. #Perspective #MentalHealthMatters.”

Last week, Yorkshire Tea asked people to “try to be kind” online, after it received abuse over a picture of the Chancellor with a bag of its teabags.

“It’s easier to be on the receiving end of this as a brand than as an individual,” wrote the account’s curator.

“There’s more emotional distance and I’ve had a team to support me when it got a bit much.

“But for anyone about to vent their rage online, even to a company – please remember there’s a human on the other end of it, and try to be kind.”