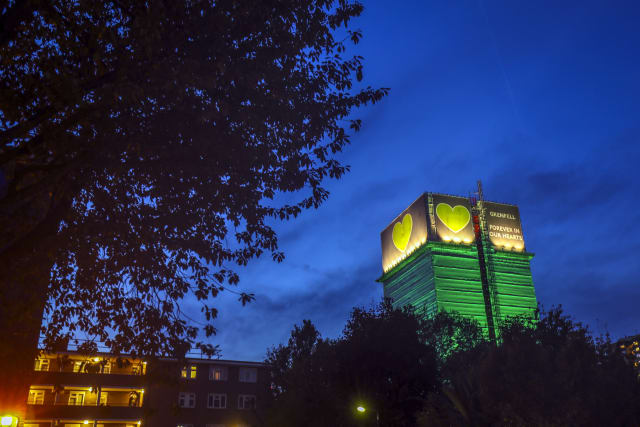 The Grenfell Inquiry was adjourned moments after Monday’s hearings began, following an outburst from members of the public asking the chairman: “Have you sold your soul yet, Sir Martin.”

As the hearing resumed around 10 minutes later, another man in the room addressed Sir Martin and said: “These people are not bereaved and survivors.”

Several people were escorted from the hearing room during the break.

The angry scenes came on the first day of the hearing after a month’s delay, during which Attorney General Suella Braverman guaranteed anything said by witnesses will not be used to prosecute them.

The Attorney General’s pledge stops oral evidence given by individual witnesses being used against them in any criminal prosecutions over the fire.

It does not cover any documents submitted to the inquiry and does not stop witness evidence being used against corporations in future prosecutions.

Speaking after the interruption, Sir Martin said: “I was slightly surprised because, during the phase one hearings I was very impressed by the way in which everyone listened to the witnesses in a respectful and dignified way.

“Obviously, you may hear things that you don’t like to hear and people may feel strongly about some of the evidence, but it’s very important … that the witnesses are allowed to give their evidence with dignity and respect from everyone.”

The inquiry into the disaster which killed 72 people in 2017 restarted on Monday after firefighters said the hearings “must finally learn” how the high-rise block became a “death trap”.

Fire Brigades Union general secretary Matt Wrack said: “We have seen endless delays to this inquiry and it is only today, more than two-and-a-half years on from Grenfell, that those who wrapped the building in flammable cladding will finally take the stand.

“Firefighters underwent immense scrutiny during phase one, while corporate witnesses have had years to prepare and will not have their evidence used against them in criminal prosecutions; a protection afforded to no firefighter.

“This inquiry should leave no stone unturned and we must finally learn what led to Grenfell becoming such a death trap, so those responsible can be held to account.”

Survivors have said they will “not settle for anything less” than criminal prosecutions over the fire.

Survivors and victims’ group Grenfell United said the ruling from Ms Braverman last week marked a “sad day” and that “truth at the inquiry must not come at the expense of justice and prosecutions”.

The second stage of the inquiry is considering how the 24-storey tower in west London came to be covered in flammable material, which fuelled the spread of flames after an electrical fault with a fridge freezer.