Domestic abuse laws to be brought back to Parliament 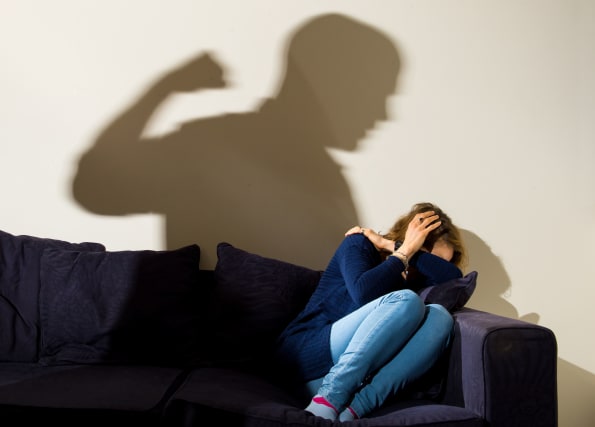 Laws which could see domestic abusers face lie detector tests on release from prison are being brought back to Parliament.

The latest version of the Domestic Abuse Bill is due to have its first reading in the House of Commons.

The Bill was among several proposed laws which stalled after Prime Minister Boris Johnson decided to prorogue Parliament and the general election was called.

Plans for the legislation remain broadly the same as before and still include plans for forcing domestic abusers to take polygraph tests – similar to ideas mooted for monitoring terrorists.

If the law passes, a three-year pilot will be carried out on domestic abusers which are deemed at high-risk of causing serious harm. If successful, it will be rolled out nationwide.

If they fail the test, they will not be recalled to prison unless it reveals they have breached licence conditions.

The Government said polygraph tests have been “successfully used” with sex offenders since 2013.

Among other proposals, the legislation pledges to ban perpetrators from cross-examining their victims during family court proceedings and could require councils to find safe accommodation for victims and their children – a measure which charity Women’s Aid said could be “live saving”.

But charity Crisis said this still does not ensure councils help victims fleeing domestic abuse have a “legal right to safe, permanent housing” and could risk them spending years in temporary accommodation with their lives on hold.

Court protection orders which ban perpetrators from contacting a victim or forcing them to take part in alcohol or drug treatment programmes may also be introduced under the laws.

Police costs for bringing the orders to court will be paid for by the Government for two years while a pilot of the scheme takes place.

A definition of domestic abuse will be set which recognises economic abuse – when a perpetrator controls a victim’s finances – as a specific type of the crime. It will also acknowledge the use of technology to target a victim.

The Government described the latest Bill as the “most comprehensive package ever to tackle this horrendous crime”, saying the “enhanced” proposals will “go even further to support and protect victims and punish perpetrators” and had been “widely supported by charities, MPs and law enforcement”.

But some charities criticised the proposals saying the Bill does not go far enough to try to help children affected by domestic abuse.

Last week Barnardo’s called on the Government to ensure the Bill “explicitly recognises the impact of this crime on children”.

Action for Children estimates tens of thousands of children have been at risk of domestic abuse since the general election. The charity’s director of policy and campaigns Imran Hussain said it was “vital” the Bill recognised a child as an “innocent victim and not just a witness”.

Emily Hilton, senior policy officer at the NSPCC, said the Government was missing a “landmark opportunity” to make a difference, adding: “It is extremely disappointing that the Bill in its current form fails to protect children from the devastating impact of living with domestic abuse, leaving thousands at continued risk because the help they deserve is not in place.”

Last year Nicole Jacobs was appointed as the country’s first domestic abuse commissioner. The independent Office of the Domestic Abuse Commissioner, which is still being set up, will be made a statutory body and publish reports on its findings.

She will be considering what support the Government can provide children who have been affected by domestic abuse, the Home Office said.

The Government also said it is reviewing support for migrant domestic abuse victims and considering what more can be done to stop the so-called “rough sex” defence being used by perpetrators in court to attempt to escape justice.