Coronavirus March 2 – all you need to know 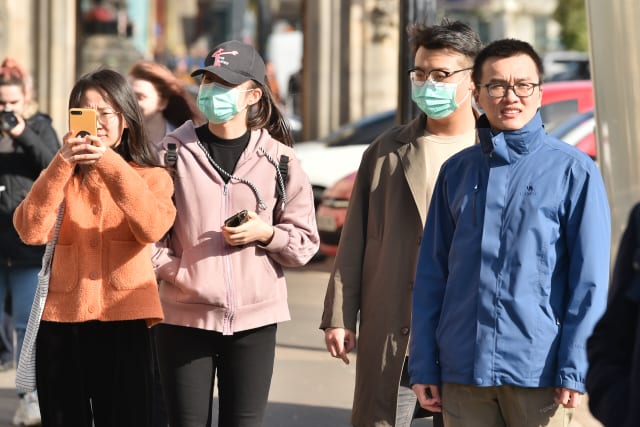 Coronavirus has spread from Wuhan in China to countries across the world, with tens of thousands of confirmed cases and thousands of deaths worldwide.

Outside China, there have been cases in more than 60 countries.

He was the sixth passenger from the ship to die after more than 700 tourists contracted coronavirus on board.

There have been 40 confirmed cases in the UK, with more than 13,000 people having been tested.

There have been 37 cases diagnosed in England, one in Northern Ireland, one in Wales and one in Scotland.

The 20th case was the first transmission of coronavirus within the UK and the Department of Health and Social Care said the original source was “unclear”.

The first diagnosed case in the Irish Republic was reported on Saturday.

The UK Government said people returning from Hubei province in China, Iran, lockdown areas in northern Italy and special care zones in South Korea in the last 14 days should immediately self-isolate at home and call NHS 111.

Although several schools have sent pupils home over fears of Covid-19 contact, Public Health England’s general advice is for them not to close.

Willow Bank Infant School in Berkshire informed parents on Saturday that it would be closing for “some days” after a staff member tested positive for the virus.

And Wimbledon College said on Monday it would be closing until March 10 and undergoing a deep clean after a member of staff was diagnosed following travel to Italy.

– What will happen if it is declared a pandemic?

Health leaders have said if coronavirus becomes a global pandemic then there are a number of contingency plans in place to halt its spread.

In the UK, Health Secretary Matt Hancock has said the Government has a battle plan for tackling coronavirus should a pandemic be declared.

It is understood new emergency powers will be brought in to give schools, councils and other parts of the public sector powers to suspend laws – including health and safety measures – to cope with a pandemic.

A “war room” is to be set up in the Cabinet Office to ensure effective co-ordination of public information.

Mr Hancock has said the long-term strategy for ensuring Covid-19 is contained is attempting to delay its “peak” until the summer when the warmer weather means the virus will not spread so easily.

Vaccines have been developed and researchers are starting to test them on animals.

But tests can take months to see if any potential vaccine can be used on humans and there will then have to be trials on humans.

The World Health Organisation has convened a group of experts to fast-track promising tests, drugs and vaccines to help slow the outbreak.

But experts say it could still be months or even years before any approved treatments or vaccines are developed.

The UK Government is putting £40 million into trying to find a vaccine and also aiming to improve treatments for patients who do have the disease.

Thorough hand-washing, maintaining distance from others, and avoiding hand-shakes are among the most effective measures for reducing your risk of catching coronavirus.

Everyday precautions like carrying hand sanitiser, covering your mouth and nose with a tissue or sleeve when you cough or sneeze, rather than your hands, and binning used tissues immediately is also helpful, according to the NHS.

Boris Johnson has urged people to wash their hands to the tune of Happy Birthday.

More severe cases can cause pneumonia, severe acute respiratory syndrome, sepsis and septic shock, which can lead to death.

The Department of Health has said it believes the risk of catching coronavirus from someone with no symptoms at all is low.

The UK Government says based on current evidence most cases appear to be mild and those who have died in Wuhan appear to have had pre-existing health conditions.

The World Health Organisation has said about four in five people who contract the virus get mild symptoms and recover.

But it added older people or patients with pre-existing medical conditions such as high blood pressure, heart disease or diabetes are more at risk of developing serious illness.