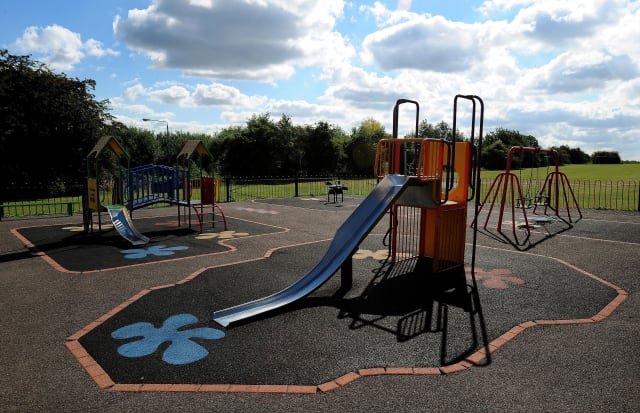 Children at UK schools are playing the “coronavirus game”, as public conversation continues to be dominated by fears around the spread of the illness.

One mother described it as “heartbreaking” that this is the reality in her daughter’s central London primary school, and another said she believed it is how children are attempting to “process current affairs and fears”.

BBC Asia Pacific editor Celia Hatton said the game had been explained to a fellow parent by a pupil who said it involves being sent to an area of the playground “for the rest of lunchtime with no human rights”.

Describing the message she had been sent, she told the BBC’s global news podcast: “The parent said ‘How was school’ and the kid says ‘Great, we played coronavirus’ and the parent says ‘what’s that?’ and the kid says ‘You breathe on people and they have to be locked in the zone’ – that’s the climbing frame at the school playground – ‘for the rest of lunchtime with no human rights’.

“So this is what children are actually playing in central London.

“I mean it’s funny but it’s also kind of heartbreaking that this is the case.”

She said there is a “real problem” with children of Asian ethnicity being “shunned” in schools around the world as a result of the virus, which was first detected in the Chinese city of Wuhan.

Responding to the podcast, another mother said her son had also described the game to her.

She tweeted: “My son (at a rural primary) explained the rules of the ‘Coronavirus game’ to me last week.

“This is how kids process current affairs and fears.”