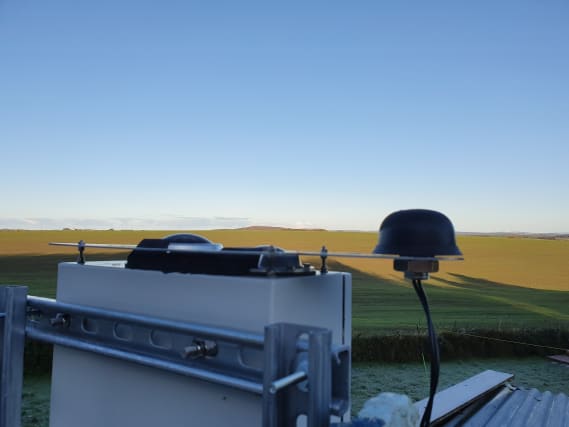 Researchers are setting up a network of cameras to track meteorites heading to the UK.

Scientists plan to use the data to triangulate the position of the fallen space rocks and then send out search teams to recover them.

They said analysis of the objects will provide insights into other planets.

Researchers from the University of Glasgow and Imperial College London are leading the UK Fireball Network, which is placing 10 cameras across the UK to capture the natural firework displays generated by the items entering the Earth’s atmosphere.

The cameras in Washingborough, Lincoln, and at the Mullard Radio Astronomy Observatory near Cambridge spotted their first fireball last month, which dropped meteorites into the North Sea.

While these were unable to be recovered, the team expect future UK sightings that fall on land can be triangulated to determine a landing area and volunteers sent out to find them.

Other cameras currently in place are at Ripon in North Yorkshire; Effingham in Surrey; the Spaceguard Centre in Knighton, Wales, and in Galloway, Scotland.

Four more, including one in Northern Ireland, are still to be installed.

Dr Luke Daly, of the University of Glasgow, said: “Meteorites provide scientists with invaluable insights into other planets and our solar system.

“A good deal of what we know about the surface of Mars, for example, comes from analysis of chunks of the planet which were blasted off its surface by asteroid impacts millions of years ago and drifted in space before falling to Earth.

“Meteorites enter our atmosphere all the time but the UK hasn’t had a great track record of finding them in recent years.

“In fact, it’s been nearly 30 years since one was last seen dropping into a back garden in Glatton in Cambridgeshire, and more than 100 since one was observed in Scotland.”

He added: “Catching images on more than one camera allows us to estimate not just where they land but calculate the trajectory of their arrival, which allows us to calculate where in space it came from.

“Pooling all our resources maximises the chances of capturing these elusive events.

“It was very exciting to capture our first images of a fireball caught by two of our observatories, although it was obviously disappointing that the material it dropped fell into the sea.

“When we do catch sight of a fireball dropping meteorites on land, we’ll need the help of volunteers to help comb the countryside to find them so anyone interested in making a little bit of history by getting involved can follow us on Twitter at @FireballsUK.”

The UK network is joined with the Global Fireball Observatory run by researchers at Curtin University in Perth, Western Australia.

Curtin University set up the Desert Fireball Network, which has captured and recovered several meteorite falls in the Australian outback.

The Desert Fireball Network, the Australian Research Council and Glasgow University provided initial funding for the setting up the UK network.