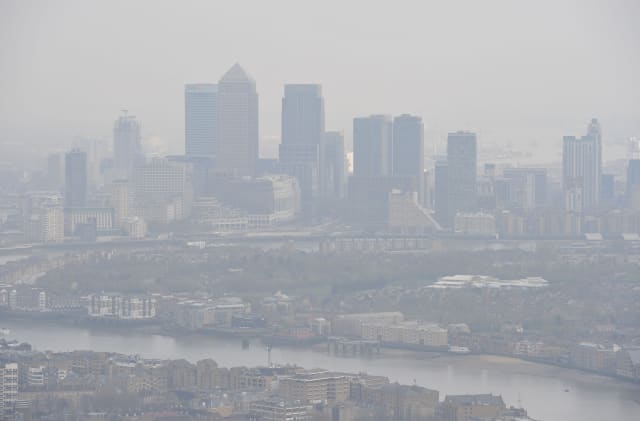 Air pollution is causing about 8.8 million premature deaths around the world each year, a new study suggests.

It is reducing life expectancy by an average of 2.9 years for people across the globe, experts have calculated.

Long-term exposure to air pollutants has been found to increase people’s risk of heart and breathing problems.

The international team of authors from the latest study set out to examine the relationship between air pollution exposure and people’s “loss of life expectancy”.

They found that air pollution is responsible for shortening people’s lives worldwide on a scale far greater than wars and other forms of violence, parasitic and vector-born diseases such as malaria and HIV/Aids.

Across the world, it has been calculated that life expectancy has been reduced by 2.9 years.

By comparison, tobacco smoking shortens life expectancy by an average of 2.2 years, HIV/Aids by 0.7 years, diseases like malaria that are carried by parasites or insects such as mosquitoes, ticks and fleas by 0.6 years, and all forms of violence – including deaths in wars – by 0.3 years, the authors wrote in their new paper, published in the journal Cardiovascular Research.

The researchers suggested that without fossil fuel emissions, global life expectancies would increase by more than a year.

They said that ambient air pollution is one of the “main global health risks”.

One of the lead authors of the research, professor Jos Lelieveld of the Max Planck Institute for Chemistry and the Department of Cardiology of the University Medical Centre Mainz in Germany, said: “It is remarkable that both the number of deaths and the loss in life expectancy from air pollution rival the effect of tobacco smoking and are much higher than other causes of death.