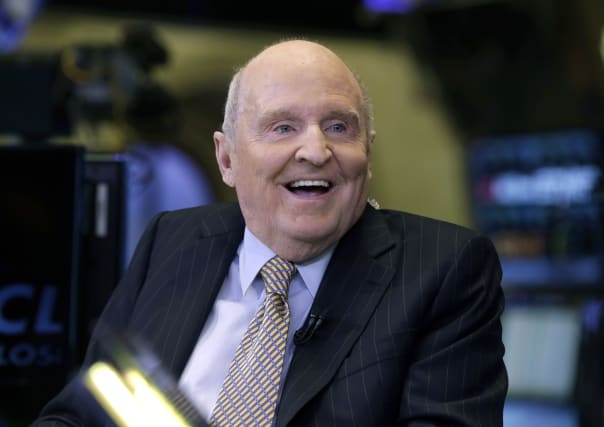 Jack Welch, who transformed General Electric into a highly profitable multinational conglomerate and took his legendary business acumen into a retirement career as a corporate leadership guru, has died aged 84.

His death was confirmed Monday by GE.

The cause of death was renal failure, his wife Suzy told The New York Times.

“He was my friend and supporter.

“We made wonderful deals together.

“He will never be forgotten.

“My warmest sympathies to his wonderful wife & family!

Mr Welch became one of the nation’s most well-known and highly regarded corporate leaders during his two decades as GE’s chairman and chief executive, from 1981 to 2001.

He personified the so-called “cult of the CEO” during the late-1990s boom, when GE’s soaring stock price made it the most valuable company in the world.

A chemical engineer by training, Mr Welch transformed the company from a maker of appliances and light bulbs into an industrial and financial services powerhouse.

Mr Welch’s results-driven management approach and hands-on style were credited with helping GE turn a financial corner, although some of the success came at the expense of thousands of employees who lost their jobs in Welch’s relentless efforts to cut costs and rid GE of unprofitable businesses.

In 1999, Fortune magazine named Mr Welch as its manager of the century.

Amid a wave of corporate scandals, details of Mr Welch’s GE perks emerged in court papers during his 2002 divorce from his wife of 13 years, Jane Beasley.

He received millions of dollars in benefits, including unlimited personal use of GE’s planes, office space and financial services.

After the perks became public, Mr Welch reimbursed the company for many of them, and paid for use of aircraft and other services.

In his later years, Mr Welch also devoted more time to passions such as baseball — specifically, the Boston Red Sox.

He is survived by his third wife, Suzy Welch, and four children from his first marriage.