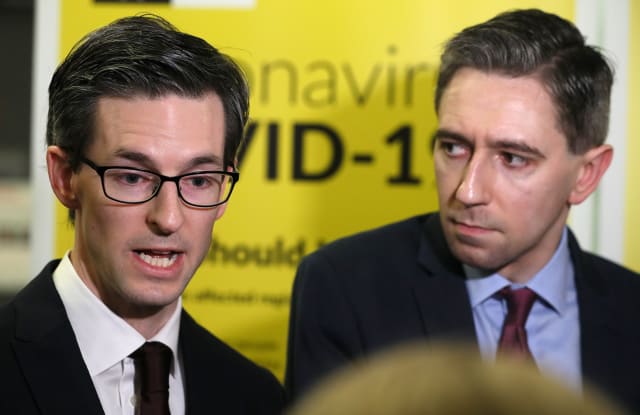 A senior Irish health official has urged the public not to panic about coronavirus, insisting the risk level remained low in the country.

Deputy chief medical officer Dr Ronan Glynn said the first confirmed case of Covid-19 in the Irish Republic, coming two days after the first case in Northern Ireland, did not change the risk status on the island.

The authorities are working to identify those who have had contact with the male patient who lives in the east of the country – a process Dr Glynn described as “complex”.

Like the woman who is being treated for Coronavirus north of the border, he contracted it in an affected area in northern Italy.

The patient, who self-identified his symptoms, is reportedly being treated in a Dublin hospital.

Dr Glynn said the state was prepared if the outbreak worsened. He said in such circumstances the Government may be forced to take measures including school closures.

“The ECDC, the European Centre for Disease Prevention and Control, has been clear that the situation that we’ve seen evolve in Italy, there’s a moderate to high likelihood that that will occur in other countries such as Ireland,” he told RTE Radio One.

“We are preparing for that here, but that notwithstanding, we still remain in a containment phase here.

“We’ve had one case, there is no evidence of community transmission so far in Ireland.

He added: “I would reiterate again, that the risk to an individual in Ireland at the moment remains low, people should not panic, but they should certainly appraise themselves of the measures that they themselves can take to protect themselves, and first and foremost that’s about following the correct information and using basic hand hygiene and taking those measures regularly and appropriately.”

The deputy chief medical officer said it was possible that school closures would be required if the risk status changed.

“So it’s possible that measures like that will need to be taken and we’ll need to continue to monitor the situation clearly as it evolves,” he said.

“But again I reiterate that, at the moment, we’re in containment phase. That’s not something (school closures) we envisage in the near future.

“But obviously, we’re monitoring developments and if measures like that need to be taken, they will be taken and the reasoning behind those measures will be communicated to the public.”

Asked about whether large gatherings such as this month’s St Patrick’s Day events will need to be cancelled, Dr Glynn said officials were still working on criteria, which would be made public in the coming days.

“Clearly there will be events of major or national significance that will require input from public health doctors and medical expertise,” he said.

The medical expert said people would not currently be exposing themselves to an increased risk if they attended large public gatherings.

He also ruled out entry testing for the virus at airports – potentially by taking passenger temperatures – insisting such measures did not work.

Dr Glynn provided an update on efforts to reach those who had been in contact with the male patient.

“The process of contact tracing is a complex one, it only started less than 24 hours ago and is ongoing,” he said on Sunday.

“There is a whole range of risk assessments that underpin that contact tracing process. Public health doctors commenced it last night – it’s ongoing.”

“And they will be contacting the contacts who need to have more information.”

Hours before the confirmed case was announced on Saturday, Government ministers on both sides of the Irish border held talks on how to co-ordinate their response to the coronavirus spread.

Senior health officials from both jurisdictions were also involved in the discussions, which focused on north-south co-operation.

Mr Swann said: “We will continue to co-operate on contact tracing and other vital steps as we work relentlessly to mitigate the spread of Covid-19.”

He added: “Positive test results had been anticipated on both sides of the border and we have repeatedly made clear it was a question of when, not if.

“I have full confidence in the expertise and commitment of our public health professionals and pay tribute to everyone working hard to contain the spread of this virus and keep us well.”