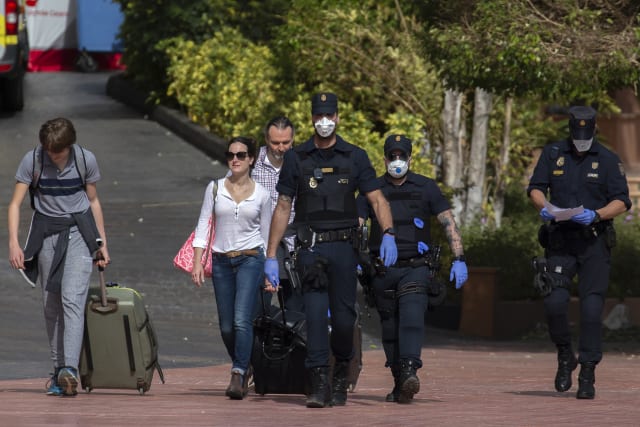 Britons at a quarantined hotel in Tenerife who test negative for coronavirus will be allowed to return to the UK, holiday operator Tui said.

Holidaymakers at the H10 Costa Adeje Palace had previously been told they would have to remain in quarantine until March 10, after at least four tourists were diagnosed with Covid-19.

But travel group Tui said on Saturday that they are making arrangements for guests who test negative for the virus to travel back to the UK.

A Tui spokeswoman said: “We can confirm Tui UK customers staying at the H10 Costa Adeje Palace in Tenerife have received notification from Public Health England that they are free to return home pending a negative Covid-19 test result.

“We are in contact with them and are making arrangements for them to travel back to the UK.”

Professor Yvonne Doyle, medical director at Public Health England (PHE), said any individuals who have returned from the coronavirus-hit hotel are advised to self-isolate until March 10.

She said: “If they develop symptoms in that time, they should call NHS 111 and they will be tested for Covid-19.”

Spanish authorities have said that the risk of infection for any Brits staying at the hotel is low, according to PHE.

One holidaymaker, who preferred not to be named, told the PA news agency that some guests at the four-star hotel had been swabbed on Saturday.

They said: “I got a call from a Tui rep saying that we’re low risk and they’re testing us to try and get us home.

Some guests staying at the hotel in the south west of the Spanish island have previously criticised the quarantine measures.

A British man said nobody felt safe after local authorities said holidaymakers without symptoms were able to move around the hotel, including the pool and bar.