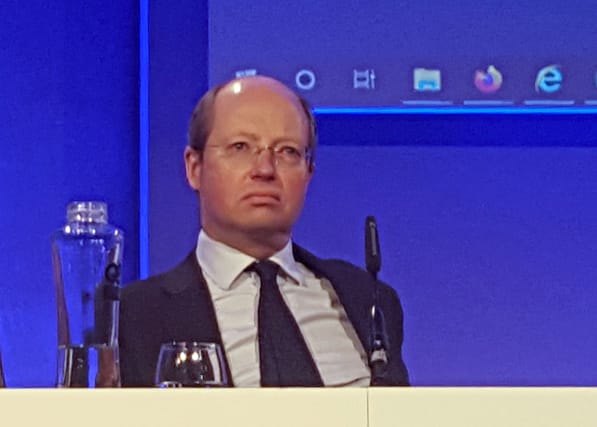 The top civil servant at the Home Office has resigned and launched a stinging attack on Home Secretary Priti Patel.

After persistent reports of a major rift between them, Sir Philip Rutnam walked out with all guns blazing, accusing Ms Patel of orchestrating a "vicious" campaign against him, of lying about her involvement in it and of creating a climate of fear in her department.

His bombshell resignation led to calls from opposition MPs and the senior public servants' trade union for the Prime Minister to put a stop to what they claim is a campaign by his chief adviser Dominic Cummings to undermine the civil service.

It comes two weeks after Sajid Javid quit as Boris Johnson's Chancellor after the PM ordered him to fire his team of aides.

In his statement, Sir Philip said the campaign against him included "false" claims that he had briefed the media against the Home Secretary.

"Even despite this campaign I was willing to effect a reconciliation with the Home Secretary.

"I believe these events give me very strong grounds to claim constructive, unfair dismissal and I will be pursuing that claim in the courts."

Sir Philip said his experience "has been extreme but I consider there is evidence it was part of a wider pattern of behaviour.

"One of my duties as Permanent Secretary was to protect the health, safety and well-being of our 35,000 people.

"This created tension with the Home Secretary, and I have encouraged her to change her behaviours.

"I have received allegations that her conduct has included shouting and swearing, belittling people, making unreasonable and repeated demands – behaviour that created fear and that needed some bravery to call out.

"I know that resigning in this way will have serious implications for me personally – the Cabinet Office offered me a financial settlement that would have avoided this outcome.

"I am aware that there will continue to be briefing against me now I have made this decision, but I am hopeful that at least it may not now be directed towards my colleagues or the department.

"This has been a very difficult decision but I hope that my stand may help in maintaining the quality of Government in our country – which includes hundreds of thousands of civil servants, loyally dedicated to delivering this Government's agenda."

The resignation comes after simmering tensions between Ms Patel and her Permanent Secretary boiled to the surface last weekend with various reports about a rift between the two.

Those reports prompted the head of the civil service Cabinet Secretary Sir Mark Sedwill to tell all civil servants on Monday that advice they give ministers and "any debates" around it should remain "private".

But amid growing concern within Whitehall about the treatment of civil servants, that move went down among staff "like a cup of cold sick", according to one source who spoke to the PA news agency about it.

Ms Patel expressed concern at the "false" claims while allies described her as a "demanding" boss but not a bully.

The Government also denied claims that MI5 chiefs do not trust Ms Patel and were limiting intelligence sharing as a result.

The swirl of reports about turmoil in the Home Office prompted Downing Street to insist on Monday that the Prime Minister has "full confidence" in Ms Patel.

But the resignation of Sir Philip is likely to intensify criticism of the Home Secretary and put renewed focus on the drive by Mr Cummings to shake up the civil service.

Dave Penman, general secretary of the FDA, the senior public servants' union, said Sir Philip's treatment "demonstrates once again the destructive consequences of anonymous briefings against public servants who are unable to publicly defend themselves".

He added: "This cowardly practice is not only ruining lives and careers, but at a time when the Home Office is being tasked with delivering a demanding Government agenda on immigration, and preparing for a public health emergency, it has diverted energy and resource in to responding to unfounded accusations from sources claiming to be allies of the Home Secretary."

He said Sir Philip "had a choice to resign and go quietly with financial compensation. Instead he has chosen to speak out against the attacks on public servants."

And he added: "Only the Prime Minister can put a stop to this behaviour and unless he does so, he will have to accept his own responsibility for the consequences."

A spokesman for the Public and Commercial Services Union said: "We worked closely with Philip Rutman on issues around bullying and harassment in the department.

"We hope his replacement continues with this important work. It is deeply concerning to hear of repeated allegations of bullying by the Home Secretary and this should be investigated thoroughly."

Labour's Yvette Cooper, chairwoman of the Commons home affairs committee, said it was "appalling" that the situation at the Home Office was allowed to deteriorate to such a level that the permanent secretary chose to publicly resign and pursue legal action against the Government.

The former cabinet minister said: "The allegations made by Sir Philip Rutnam are very serious and this reflects extremely badly on the Government, not just the Home Office.

"To end up with one of the most senior public servants in the country taking court action against one of the great offices of state shows a shocking level of breakdown in the normal functioning of government.

"For the Home Secretary and Prime Minister to have allowed things to reach this point is appalling, especially at a time when the Home Office faces crucial challenges with rising violent crime, forthcoming counter-terror legislation, new immigration laws, and sensitive negotiations on post-Brexit security co-operation."

Labour shadow Cabinet Office minister Jon Trickett tweeted: "Driving out of office a professional career civil servant is the clearest sign yet of the underlying right wing authoritarian but incompetent nature of the Johnson Government.

"They will not tolerate dissent yet can't cope with flooding or a poss pandemic."

SNP Westminster leader Ian Blackford tweeted: "This should set alarm bells ringing not just about @patel4witham and her conduct as Home Sec but how the UK Govt is functioning under @BorisJohnson and the immense influence that Cummings has.

"There has to be effective stewardship by the civil service, it cannot be emasculated."

Sir Mark Sedwill issued a brief statement about two hours after Sir Philip quit saying he had accepted his resignation "with great regret" and adding: "I thank him for his long and dedicated career of public service.

"The Home Office's vital work to keep our citizens safe and our country secure continues uninterrupted."