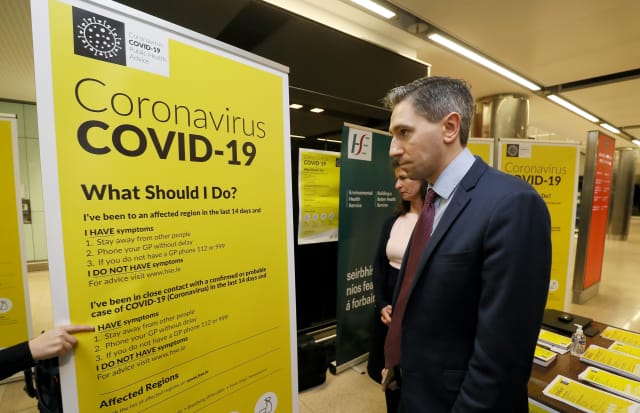 Government ministers on both sides of the Irish border have held talks on the coronavirus outbreak.

Senior health officials from both jurisdictions were also involved in the discussions, which focused on north-south co-operation on the issue.

The first case of Covid-19 on the island was announced in Belfast on Thursday.

The woman travelled through Dublin Airport on her way home after flying with Aer Lingus from northern Italy with a child.

She was tested at the Royal Victoria Hospital in Belfast but is being treated in isolation at home.

On Saturday, the Public Health Agency (PHA) in Northern Ireland announced that secondary tests had confirmed the woman had the virus.

The case was initially announced as a “presumptive positive” on the basis of tests carried out in Northern Ireland.

A sample was then sent to a Public Health England reference laboratory for confirmation.