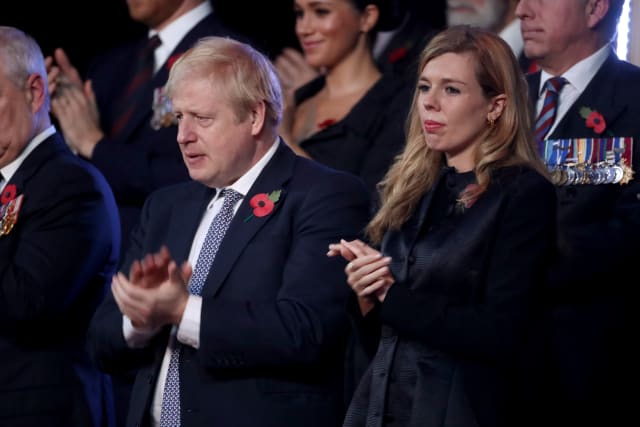 Boris Johnson and Carrie Symonds made history as the first unmarried couple to officially live together in Downing Street.

The 55-year-old Prime Minister and 31-year-old conservationist, whose relationship has been the subject of intense intrigue, are now getting ready to welcome what may be referred to as a “Brexit baby”.

Ms Symonds, a former Conservative Party communications chief, found herself making headlines when she was romantically linked to Mr Johnson last year just months after the announcement of his separation from second wife Marina Wheeler.

The public relations expert had been in the so-called Westminster Bubble for most of her remarkably ascendant career, a high-point being when she was made head of party PR aged just 29.

Ms Symonds joined the Tory party media machine in 2009, first as a press adviser, then head of broadcast at Conservative campaign headquarters ahead of the 2015 general election.

Her association with Mr Johnson dates back to the early years, having worked on his successful re-election bid at City Hall in 2012.

But a row that saw police called to their home in the early stages of the Conservative leadership race offered a glimpse into the complicated private life about which Mr Johnson tries desperately to avoid answering questions.

The couple had been living together at Ms Symonds’s flat in Camberwell, south London, until the well-publicised row recorded by neighbours in June 2019.

They now live in a flat above Number 11 Downing Street and have adopted a Jack Russell-cross puppy called Dilyn.

In December, Mr Johnson’s sister Rachel Johnson said she has yet to meet Ms Symonds.

But their father Stanley, who appeared alongside Ms Johnson on ITV’s Good Morning Britain, said he has met Ms Symonds, adding: “The Johnsons are united in this.”

Back in January last year, Ms Symonds was joined by Stanley Johnson at an event in London opposing Japan’s plans to resume commercial whaling.

The pair were spotted smiling and chatting together after they both addressed the crowd.

Meanwhile, Boris Johnson’s turbulent marriage to Ms Wheeler, during which they had four children, ended after 25 years together in September 2018.

In 2004 he was sacked from the Tory front-bench over a reported affair with journalist Petronella Wyatt and the Appeal Court ruled in 2013 that the public had a right to know he had fathered a daughter during an adulterous liaison while mayor of London in 2009.

Claims that Mr Johnson squeezed the thigh of journalist Charlotte Edwardes, at a private lunch at The Spectator magazine’s HQ shortly after he became editor in 1999, overshadowed his first Conservative Party conference as PM.

But in a public display of affection, Mr Johnson kissed Ms Symonds after his speech to party members at the event.

Mr Johnson greeted Cabinet ministers before embracing his girlfriend, kissing her on the cheek and then walking out of the hall holding her hand.

Meanwhile, allegations about Mr Johnson’s relationship with American entrepreneur Jennifer Arcuri, and whether she enjoyed preferential treatment while he was London mayor, also dominated the headlines in September.

Mr Johnson has insisted Ms Edwardes’s allegations are not true and has denied any impropriety in relation to the claims about Ms Arcuri.