Why Margaret Thatcher met The Wombles composer instead of Kate Bush 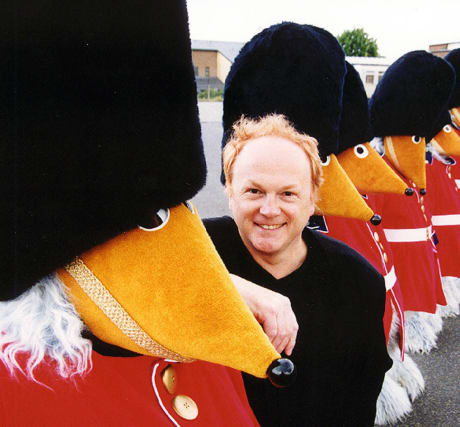 Margaret Thatcher met the composer of The Wombles theme tune at the world-famous Abbey Road recording studios because Kate Bush and The Who’s Roger Daltrey were unavailable, newly-released documents show.

Mrs Thatcher’s private secretary, Caroline Slocock, who helped to arrange the visit, told the studio’s general manager, Ken Townsend, that she thought the Prime Minister would like to experience classical music being recorded in the main studio.

“I explained to Mr Townsend that I thought the Prime Minister would also like to visit one of the other studios and meet a ‘pop star’,” wrote Miss Slocock in an internal memo. “He said that these studios tended to be booked close to the time, but he thought that Kate Bush might be available.

“If we thought it were a good idea for the Prime Minister to meet Kate Bush, I am sure he would arrange this.”

She wrote in a later memo that she was “quite keen that Roger Daltry (sic) and Kate Bush should be present” but that “neither as far as we know are likely to be”.

The visit, in 1990, went ahead without Kate Bush or Roger Daltrey and Mrs Thatcher was briefed – with Miss Slocock typing out lyrics of The Wombles theme tune for the Prime Minister.

“During your visit to the studios you will meet, amongst others, Mike Batt, who composed the theme music for Wombles of Wimbledon, a BBC programme about creatures who picked up litter from Wimbledon Common,” she wrote.

“Although some years ago, the lyrics of this are still very well remembered and are:

“The Wombles of Wimbledon Common are we.”

During the visit, Mrs Thatcher bonded with Batt over their shared low opinion of the Musicians’ Union and he gave her some Wombles CDs.

She posed for a photo opportunity on the zebra crossing outside Abbey Road, which is immortalised on The Beatles album of that name, although she crossed in the wrong direction to copy the album pose.

She also posed for a second photo opportunity playing a drum kit used by Ringo Starr.

Mrs Thatcher wrote in blue pen on her briefing note that she feared the drums photo was “too gimmicky”, but she went ahead with it regardless.

In a letter to Batt after the visit, Mrs Thatcher said: “I am writing simply to thank you for the part you played in making my visit to the Abbey Road recording studios last week so enjoyable and interesting and to thank you particularly for the music which you gave me.

“I look forward to sharing these with my grandson.”

Miss Slocock wrote that, when she approached the studio manager about setting up a visit, “initially he thought that my telephone call was a hoax”.

Chris Collins, from the Margaret Thatcher Archive Trust, quipped: “Some of us don’t need to be briefed on The Wombles song.”

He continued: “She was slightly reluctant at the beginning of course to do some of the things – she was hesitant about the gimmicky stuff – but she did finally do it as she understood what the press have got to produce and she wanted to be on the front page.”

He said it was “kind of typical Thatcher” that she walked across the zebra crossing the wrong way to copy The Beatles album cover pose.

“Everybody else who copies the picture does it the right way,” he said. “It’s kind of typical Thatcher that she could actually get it wrong and there were probably some people around her who knew but didn’t tell.

“I did ask Charles Powell (who served as a foreign policy adviser to Thatcher) if she had a favourite profile, if she wanted photographers to take her left side.

The Margaret Thatcher Archive Trust is gradually overseeing the release of her private files through the Churchill Archive Centre in Cambridge.

Members of the public will be able to browse the archive from Saturday by visiting www.margaretthatcher.org