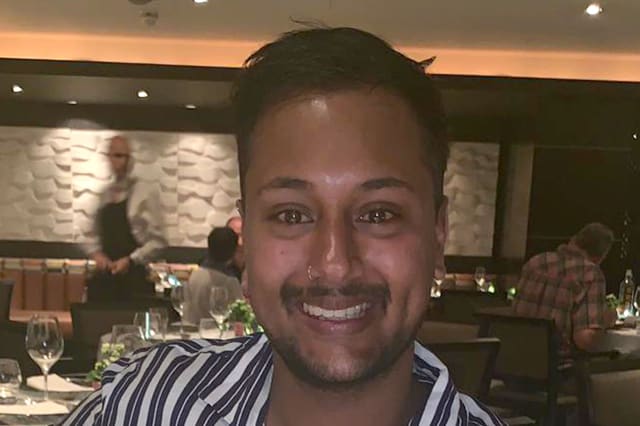 A Tesco retail store manager who dumped the body of a chef in woodland near his flat has been jailed for six years.

Cuckson said they engaged in chemsex, in which both drank liquid ecstasy – GHB – and he injected Mr Chauhan and himself with crystal meth before the pair fell asleep in the early hours of of July 3.

The defendant said he woke up to find Mr Chauhan had died but rather than alert the authorities he kept the body in his flat and went to work as normal at a Tesco Express in Manchester city centre.

He bought a Suzuki Swift car on the Gumtree website for £200, after earlier purchasing a wheelbarrow and a pitchfork, and in the early hours of July 8 was caught on CCTV struggling to lift the body into the boot of the vehicle.

Cuckson dragged the body, wrapped in plastic sheeting, across the road from his flat in Eccles Old Road to nearby woodland.

The body of Mr Chauhan, a chef at El Capo restaurant in Manchester's Northern Quarter, was discovered by two 14-year-old schoolboys the next day, along with a woman.

She said as she waited for police to arrive she noticed a white male wearing a Tesco jacket on the other side of the road and described him as "not looking shocked".

Shortly afterwards, Cuckson bought a saw before inquiries led police to his flat, in which officers noted a "pungent smell".

The defendant was arrested on suspicion of murder and en route to custody he said: "He overdosed that's what happened, I didn't kill him."

Michael Lavery, prosecuting, said: "He told police that by the time he knew Hiran was dead he was panicking and that he was trying to cover up what had happened .

"He said he formed the opinion that Hiran was quite naive when it came to drugs, not understanding the slang or street names which attach to them." 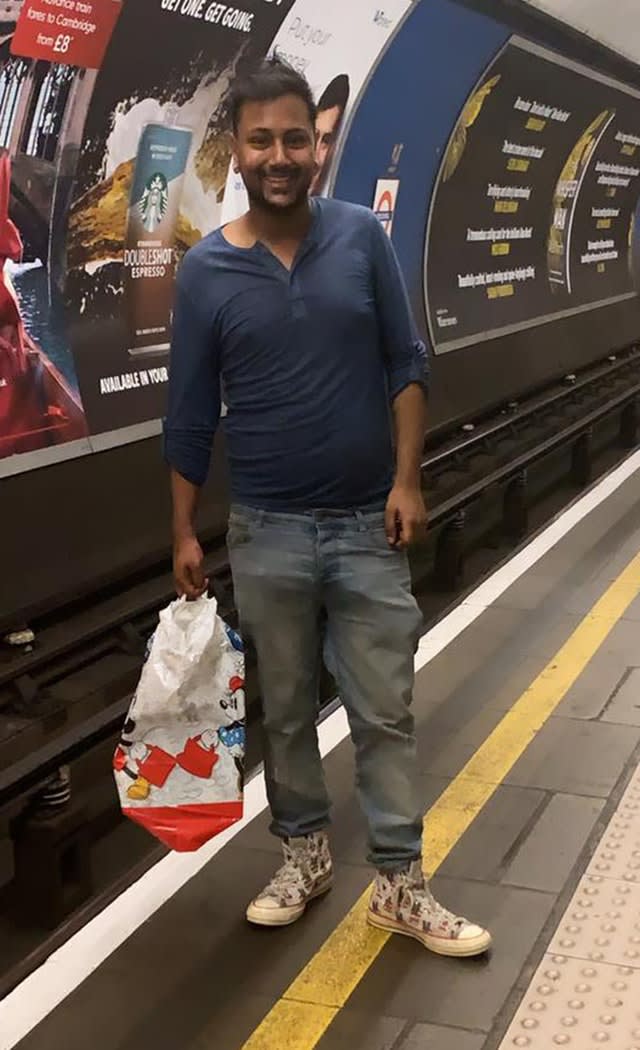 Mr Lavery said the post-mortem examination was hampered and limited by the severe decomposition and degeneration of Mr Chauhan's body.

The prosecutor said the victim's family believed he was not a regular drug user and a cousin said he was "very naive and vulnerable".

Mr Chauhan's sister, Gemma, read out her victim personal statement from the witness box as Cuckson, originally from Northern Ireland, stared at the floor in the dock throughout.

She said: "Hiran just wanted to be loved. He used the dating sites in the hope of finding this.

"Dating sites are the norm in this generation but you do not expect to meet up with someone and not return home safely.

"He should have rang an ambulance. There was a chance my brother could have been saved but no, Neil Cuckson thought he was better than a medical professional and thought he could make all these decisions."

She added: "What kind of individual thinks it's normal to sleep next to a body for six days, wrap him up, buy a car to hide a body, drag a body across a road and dump a body in a field?

"This is not normal and he deserves to suffer."

Michael James, defending Cuckson, said: "He understands he can never change what he did and he can never apologise enough to the family but he does show some real remorse."

Sentencing, judge Alan Conrad QC told the defendant: "The state of Mr Chauhan's body is a direct result of you having concealed his death and hidden the body, which made it impossible for experts to obtain the results which they usually can in the case of a suspicious death.

"Toxicology vital to this case was frustrated. This has added greatly to the grief of his family.

"They will never know exactly how and in what circumstances Hiran Chauhan, whom they loved so much, actually died."

He added: "You kept his body in your flat and did not alert the authorities as anybody with any decency would have done.

"To save your own skin, and to thwart a police investigation, you embarked on an elaborate plan to dispose of his body."

In December, Cuckson admitted preventing a lawful and decent burial, perverting the course of justice and supplying Class A and Class C drugs.

He was facing trial next week on an outstanding count of administering a noxious substance – crystal meth – to endanger life but on Friday he pleaded guilty to the charge.