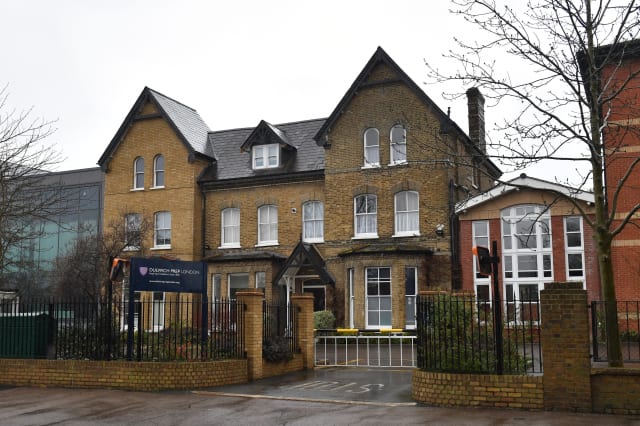 A number of schools across the country will continue deep-cleaning over the weekend, as authorities fight the spread of coronavirus.

At least 10 primary and secondary schools have been closed over the last week, as the country’s top medic said long-term closures would be a possibility during a pandemic of Covid-19.

Moorlands infant and junior schools in Bath closed for the first time on Friday, after a member of the school community developed symptoms after travelling abroad.

Acting head teacher Warrick Barton said in a statement: “I hope that you will understand that I have taken this decision with children’s health as the first priority, as well as the health of the whole school community.

“This is very much a precautionary measure, but one that puts children first.”

The ill person is said to have been to a “category two” country in the last 14 days, which could include China (but not Wuhan city or Hubei province), northern Italy, Japan or Singapore, among others.

Burbage Primary School in Buxton, Derbyshire, also remained closed on Friday, after a parent was thought to have contracted the illness while on holiday in Tenerife.

Cransley School in Cheshire closed on Tuesday after a number of students and staff who went on a ski trip to northern Italy over half-term began showing flu-like symptoms, and is yet to reopen, as is Trinity Catholic College in Middlesbrough.

Dulwich Prep School in south London took the decision to close on Thursday, after a number of pupils fell ill after travelling during the half-term break and were due to be tested.

The school has not yet confirmed whether it will reopen on Monday.

In the middle of the week, Public Health England (PHE) advised schools to stay open, with medical director Paul Cosford saying: “Schools have to face difficult decisions, given the complexity of issues that they are facing.

“What I would say is that our general advice is not to close schools.”

However, when asked about what public safety steps would be taken in the UK if the illness becomes a pandemic, Chief Medical Officer of England and Wales Professor Chris Whitty later said schools may face long-term closure.

He told the Nuffield Trust Summit on Thursday: “Everybody knows that the kinds of things you consider – reducing mass gatherings, school closures, which may or may not be appropriate for this particular virus. We don’t know yet. We need to find that out.

“Now, to be clear, we’re not saying we will do them, but we have to look at all of them and say: how likely are they to work? And what’s our evidence base here? What’s the social cost of this?

“Because one of the things, frankly, with this virus, much more so than flu, is whatever we do we’re going to have to do for quite a long period of time, probably more than two months.”