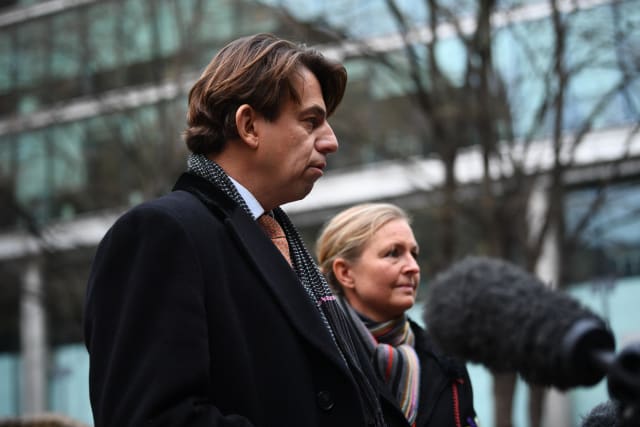 The Serious Fraud Office’s (SFO) faced questions over how it handles cases on Friday as a jury shot down charges against three former Barclays executives accused of sending secret fees to Qatar.

It took under six hours for jurors to clear three Barclays bosses of fraud in a case that the SFO has been pursuing for eight years.

It is the latest failure for the fraud investigators, whose record has been tarnished by a series of high-profile cases.

The agency was praised when it signed an agreement with Tesco in 2017 which forced the supermarket chain to cough up a £129 million fine over allegations it pushed suppliers for heavy discounts in exchange for prominent positioning in stores.

The deferred prosecution agreement, which let Tesco escape without being charged, still served as a warning to boardrooms across the country.

But the SFO later spent £6.2 million of taxpayers’ money trying to prosecute three former Tesco directors. They were later acquitted.

Ross Dixon, a lawyer at Hickman & Rose who defended one of the accused in the Tesco case, said that the SFO has questions to answer over how it treats individuals, who are dragged through years-long trials.

“While it would be wrong for the SFO to only prosecute matters where it is certain of success; time after time allegations against individuals have been dismissed by the court or been rejected by a jury,” Mr Dixon said.

“Once again this brings into question the decision making of the SFO when it comes to individuals.”

Last year, three former executives of Sarclad, a metals company, were acquitted of charges brought by the SFO, in another blow to the agency.

The agency has also dropped investigations against individuals around a scandal that forced Rolls-Royce to pay nearly half a billion pounds, and a five-year probe into alleged misconduct at drugmaker GSK.

SFO director Lisa Osofsky has questioned whether current laws are are fit for purpose when it comes to tackling complicated fraud cases.

She complained that the the bar for evidence is too high in fraud trials in a BBC interview last year.

“We have an antiquated system,” she said.

On Friday, a spokesperson for the SFO said: “Our prosecution decisions are always based on the evidence that is available, and we are determined to bring perpetrators of serious financial crime to justice.

“Wherever our evidential and public interest tests are met, we will always endeavour to bring this before a court.”

Speaking outside court on Friday, one of the accused former Barclays employees, Richard Boath, said that the case should never have been brought to trial.

He said: “If there was a case against the bank or any of the people in the bank, the agreements were signed off at the board, so none of the defendants were on the board, had any access to the board… and that’s point about the SFO case, it didn’t make any sense at all.”

Bambos Tsiattalou, financial crime lawyer at Stokoe Partnership Solicitors, said: “This is a huge blow to the SFO and its reputation. Today’s decision brings into question the effectiveness of the department.

“It will now be essential to conduct a thorough review of procedures within the SFO, with this being their most high profile failure to date, and the judgment of key decision makers within the department must surely be brought into question.”