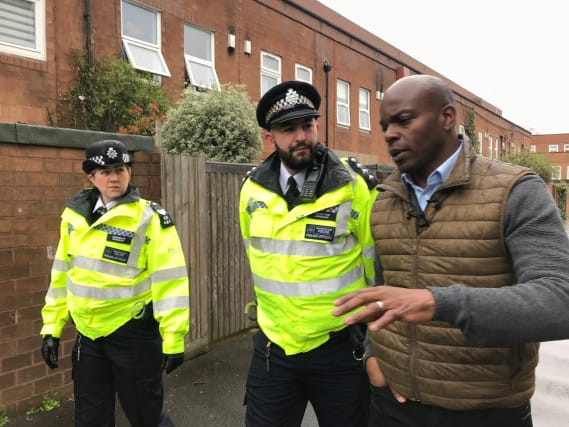 Conservative mayoral candidate Shaun Bailey says he will introduce a hotel tax in London to help pay for almost 9,000 extra officers in the capital.

Mr Bailey, 48, who is vying to replace Sadiq Khan as Mayor of London in May, is pledging to boost the Metropolitan Police’s numbers from 31,321 to 40,000 if he gets into office.

To help achieve this, Mr Bailey said he will lobby the Government to introduce a 1% hotel levy in London to generate about £48 million per year, paying for 734 new officers.

Speaking to reporters in Stoke Newington on Friday, he acknowledged that hoteliers “don’t want” the tax, but argued that every major city in the world has introduced a levy.

He said: “I will definitely be lobbying for a hotel levy. London needs to be safe, we invite people here, and paying a levy towards safety is a great thing.”

Mr Bailey, who lives in Romford, said an extra 1,590 officers will be paid for through a £104 million “Emergency Crime Budget”, which will be funded by cutting City Hall costs on marketing, staff and union representatives.

He also seeks to secure a further 4,631 from the Government by asking for a “small uplift” in the number of officers already pledged for the capital.

Prime Minister Boris Johnson has promised to recruit 20,000 new officers nationally, with 1,369 allocated by the Home Office for London in the first year of the scheme.

He claims the surveillance system, which is used by the New York Police Department, would save £63 million over four years through an “uplift” in efficiencies, and would fund up to 482 officers.

Mr Bailey, who is a member of the London Assembly, joined Met police officers in a weapons search of the Smalley Road estate, off Stoke Newington High Street in north London on Friday.

As police discovered a large knife hidden near some shrubbery on the estate, Mr Bailey said: “Hopefully you’ve beaten someone to it [in finding it].”

Speaking to reporters, he said: “My pledge is to get 40,000 police officers on the street. We have a rapidly growing population in London. Crime is already out of control and you have to plan to solve crime, and for me, boots on the ground is the first step of that plan.

“Any pledge I make is realistic, deliverable and costed.”