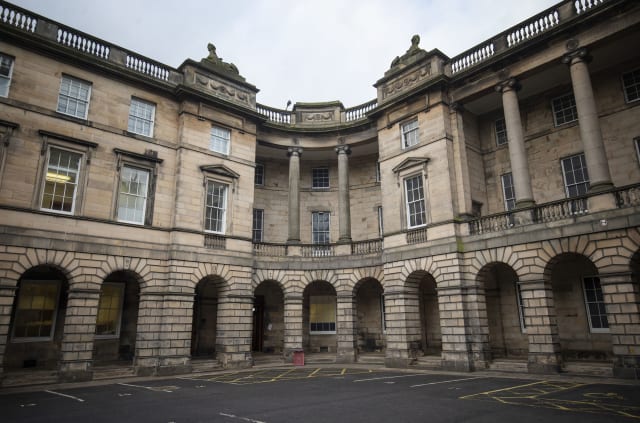 A man who swallowed his false teeth has won nearly £200,000 in damages after he became seriously ill during a hospital procedure to remove them.

Derek Hamilton swallowed his dental plate while he was playing with his grandson in January 2013.

He was treated at Wishaw General Hospital, where surgeon Martin Downey removed the plate through the oesophagus endoscopically.

The operation caused a tear and he suffered life-threatening complications. He spent 45 days in hospital.

Mr Hamilton claimed his injuries were caused by the surgeon’s negligence and a judge at the Court of Session in Edinburgh has now ruled in his favour.

Lady Wise took expert opinion into account when she claimed Mr Downey, 50, “took an easily avoidable risk, namely of perforating the oesophagus, that all general surgeons know is a catastrophe to be avoided”.

Mr Downey was employed as a consultant general surgeon with a sub-speciality interest in colorectal surgery at the hospital since April 2005.

The ruling said he had extensive experience of removing tissue growths from the bowel at that time, but much less of any sort through the oesophagus.

He thought he had probably removed less than five objects endoscopically through the oesophagus by 2013, and had never removed a dental plate that way.

Mr Downey felt the principles of the operation were the same and his skills were transferable.

In a statement released on Friday after the ruling, Lady Wise said: “I have found that but for the taking of that easily avoidable risk, the patient’s oesophagus would have remained intact as it was the act of removing the plate that caused the perforation.

“The pursuer has therefore established both breach of duty and causation.

“I emphasise that my conclusions in this case are restricted to an isolated occasion on which Mr Downey breached his duty of care to a patient.”

The civil action against NHS Lanarkshire heard the dental plate should have been removed through a laparotomy, which is a surgical incision to the abdomen.

Arguments were also heard that if the oesophagus had already been torn on the way down, this sort of operation could ultimately lead to greater problems.

Mr Hamilton was awarded damages of £195,000, with interest to be added to that.