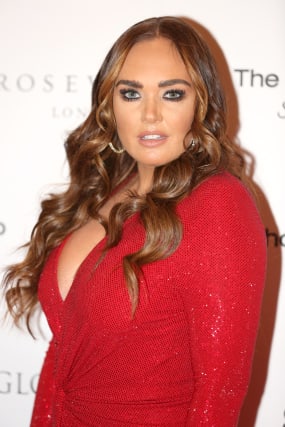 A cleaner has denied plotting to steal £50 million in jewellery and cash in a raid on heiress Tamara Ecclestone’s London home.

Maria Mester, 47, pleaded not guilty to conspiracy to commit burglary and a charge of concealing criminal property when she appeared via videolink at London’s Isleworth Crown Court.

The alleged conspiracy is said to have taken place between November 30 2019 and February 1 2020, while the concealing criminal property charge dates back to January 31.

It follows a raid on the home of Ms Ecclestone in Palace Green, Kensington, in west London, on December 13.

Mester, a Romanian cleaner and housemaid of no fixed abode in the UK, was told she will face trial at Isleworth Crown Court on July 20.

A £300,000 pair of diamond earrings and a Louis Vuitton bag were among the haul which included currency, jewellery and watches estimated to a value of £50 million which were stolen. The majority of it has yet to be recovered.

The burglary happened just after Ms Ecclestone, the daughter of former Formula One boss Bernie Ecclestone, left the country for her Christmas holiday with her husband Jay Rutland and their daughter Sophia.

Police said in December they were called to the scene by security at the building, which is next to Hyde Park.

He is also charged with having custody or control of a counterfeit currency note and attempting to remove criminal property.

Judge Robin Johnson to Mester: “I am going to fix your trial to July 20. We were expecting your son to come to court today but there was a misunderstanding at his prison.”

The judge later ordered that Savastru will appear in custody for a preliminary hearing on March 3.