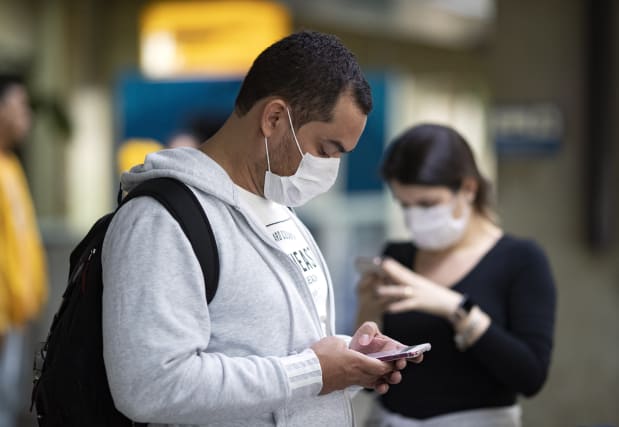 British Airways owner International Airlines Group (IAG) has warned that earnings have been hit by “weaker demand” as a result of coronavirus.

The airline group said it has seen lower demand on Asian and European routes as well as weaker business travel across its network due to the cancellation of industry events and corporate travel restrictions.

Willie Walsh, chief executive of the firm which also owns Aer Lingus, told reporters he believed the impact of coronavirus on the airline industry would be significant enough for some failing airlines to be “pushed over the edge”.

“We are well able to adjust to this situation because our business is in great shape. It’s the failing airlines who will be most affected by this… so without question, there will be more consolidation as a result,” he said.

The firm said that uncertainty around the coronavirus outbreak means it is currently unable to provide accurate profit guidance for 2020.

IAG suspended flights to mainland China in January as a result of the outbreak. Earlier this month British Airways also reduced its Hong Kong service and will reduce the regularity of its service to Seoul in coming weeks.

It added that capacity on Italian routes has been significantly impacted by the outbreak too, but the company redeployed aircraft to routes with stronger demand such as India, South Africa and the US.

It also comes a day after plans to build a third runway at Heathrow were thrown into doubt after a court ruling over the move’s impact on climate.

Mr Walsh said he was “not surprised” by the ruling, but is looking to the Civil Aviation Authority (CAA) to intervene.

Meanwhile, passenger revenues increased by 5% to £22.4 billion on the back of a 4% increase in capacity.

Mr Walsh added: “These are good results in a year affected by disruption and higher fuel prices.

“We demonstrated our robust and flexible model once again through additional cost control and by reducing capacity growth to reflect market conditions.

“We’ve increased investment in new aircraft, customer products and operational resilience and this has seen our airlines improve their customer performance scores this year.”