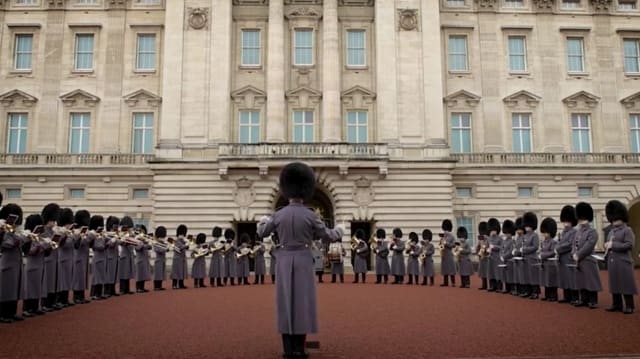 The Band of the Household Guard delivered a medley of Bon Jovi songs outside Buckingham Palace for the Changing of the Guard on Friday morning.

The royal musicians, featuring a full brass section, covered hits such as It’s My Life, Livin’ On A Prayer and You Give Love A Bad Name.

It came as the Duke of Sussex teamed up with the rock star to record a charity single for the Invictus Games Foundation.

The song is being recorded at the Abbey Road studios and the pair were pictured with two members of the foundation’s choir recreating the iconic Beatles album cover on Friday.

Bon Jovi praised the duke for finding the time to tour the studios, despite the turbulent period he has been through since stepping down from royal duties.