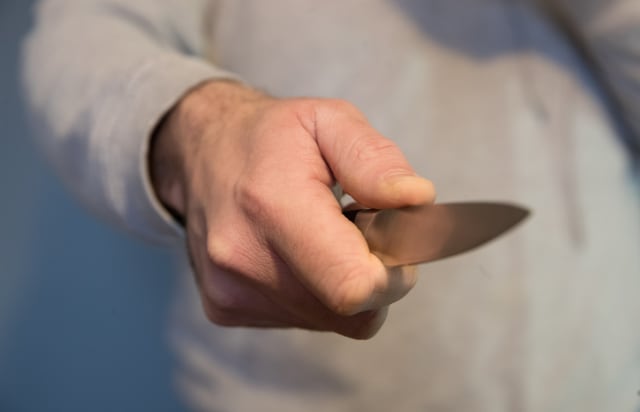 Judges have been accused of “soft sentencing” for offenders convicted of repeat knife or offensive weapons crimes.

The figure amounted to only 45% of all offenders convicted or cautioned under the relevant legislation in that 12-month period.

This is despite the law, which came into force in July 2015, outlining that adults convicted of a repeated knife or offensive weapon possession offence faced serving a minimum six months’ jail term.

Tory MP Philip Davies told the PA news agency: “Given the knife crime epidemic we see across the country, these figures are deeply concerning.

“The lack of prison sentences in these cases fly in the face of common sense, what Parliament intended and what the public demands.

“This soft sentencing from judges is destroying public confidence in the criminal justice system.”

The figures, provided in answer to a parliamentary question from Mr Davies (Shipley), also showed that 165 16- and 17-year-olds – 40% – served the four months’ detention outlined in legislation following a repeat offence in 2018/19.

The MoJ figures come amid a national debate on the issue of knife crime, following a spate of assaults and killings involving young people.

Under Section 28 of the Criminal Justice and Courts Act 2015, offenders aged 18 or over who have committed their second or subsequent offence should be sentenced to a minimum six months’ custodial sentence if deemed appropriate by the court.

For those aged 16 or 17, the minimum appropriate sentence is a detention and training order of at least four months.

In all cases judges can choose not to impose the minimum sentence if they believe it would be unjust.

Separate data from the MoJ in response to another parliamentary question from Mr Davies showed that 11.4% of offenders who received an immediate custodial sentence in 2018/19 had more than 100 previous offences.

Mr Davies said: “These figures show how many prolific and persistent offenders there are.

“The police have regularly told me that the easiest way to cut crime in half is to have the top 20 prolific offenders in each community in prison. These figures bear out that feedback.