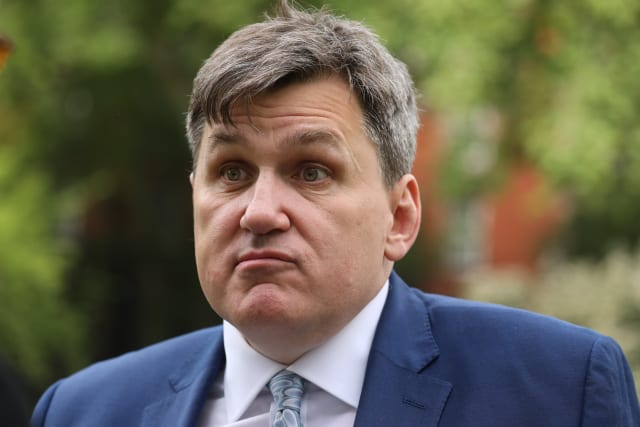 A UK Government minister has proposed a cross-border policing round-table between English forces and Police Scotland to tackle the drug trade’s “business model”.

Kit Malthouse was speaking before taking to the stage at the UK Drugs Summit, behind held at the SEC in Glasgow the day after the Scottish Drugs Deaths Conference at the same venue.

During his speech at the summit, the crime minister said he could not remember a time when drugs were “so profoundly behind the many social problems we face as a country”.

With discussions surrounding English gangs running drugs north of the border, the minister floated a potential meeting between Police Scotland and Greater Manchester or Merseyside Police to discuss what else can be done.

He said: “Obviously there’s something about the pure transportation of drugs one way and cash the other way. What can we do to try to deal with that?

“How can we interfere with the advertising on social media and telecommunications – are we really maximising our opportunities on that? What is the intelligence-sharing looking like?”

He added: “We’re running at the moment in England pilots in Merseyside, the West Midlands and London which are showing some success.

“I’m quite keen to stimulate activity between the two and I’m hoping that Humza (Yousaf) will agree to a joint round-table so we can put the two or whatever it is forces together and talk more about what we can do – particularly around somewhere like Dundee which is a discreet community that’s got an acute problem.

“There’s a task force within that’s looking at this issue and thinking carefully how it can supercharge treatment if we can ally that with supercharged enforcement and a reduction in supply.”

Mr Yousaf, Scotland’s Justice Secretary, may also be involved in another summit due to happen next month.

Mr Malthouse said: “We have agreed that we are going to have a ministerial four nations meeting – possibly in Belfast in a month or so – once we’ve had time to digest the Black review and then the evidence from today and learning from the Scottish summit.

“This problem is so acute I don’t think we can do enough talking about it.

“We need to learn both within our own countries and then in the nation as a whole.”

When such a meeting takes place, the issue of safer drug consumption rooms (DCRs) could rear its head again having been a focal point of Wednesday’s conference.

Mr Malthouse labelled them a “distraction” and expressed “worry this is being used as that kind of silver bullet solution”.

He said: “There are two issues with DCRs – first we cannot pretend they’re not legally very difficult.

“They involve the commission of several types of crime and the tolerance therefore of those crimes and that presents us with a legal and legislative difficulty.

“Secondly, the evidence around the world is mixed, most of the studies are broadly to areas where they’ve been used and even the most successful ones affect quite small numbers of people.”

He added: “I am concerned that it is a distraction from the main event, which is fundamentally there needs to be more concentration and resource on innovative and different kinds of treatments and that making sure we deal with underlying and complex health concerns is critical.

“It’s part of the debate. There’s a difference between thinking about the debate and pulling from it what you think you can do and people having different views.

“Given the scale of the deaths we need scaleable solutions. In some parts of the country like Dundee, for example, I’m not sure a DCR would necessarily be appropriate – so what are we going to do for Dundee?”