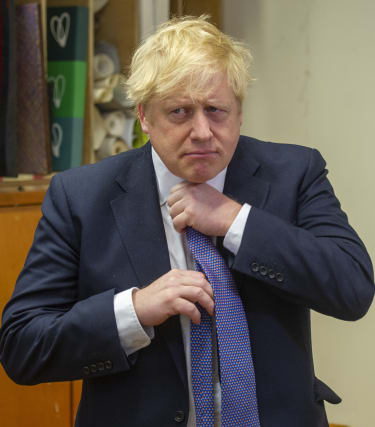 Boris Johnson has declined to say whether he will visit areas where people have been made homeless by recent floods – while he toured the headquarters of a charity for the homeless.

Speaking at The Connection at St Martin’s in central London, the Prime Minister instead focused on how the “massive issue” of flooding “presents an opportunity” for job creation.

Mr Johnson has been criticised for failing to visit flood-hit zones in Worcestershire and Shropshire, where residents have been forced to evacuate their homes.

Labour leader Jeremy Corbyn has previously accused Mr Johnson of being a “part-time Prime Minister” due to his absence in affected areas.

Speaking on Thursday, Mr Johnson said: “There’s a massive issue about flood defences, and we have put £2.6 billion in and we will be investing another £4 billion.

“This is something that is absolutely critical for our country to tackle.

“I think it also presents an opportunity, because in the whole business of green technology flood defences, planting trees, all the ways in which we are going to insulate our country against flooding, there are opportunities for job creation as well.

“We have a fantastic system called cabinet government, and we have been working around the clock since these last floods really began.

“This latest spate, to deal with them we mobilised the bell-wind scheme, £5,000 if they have suffered particular damage.

Housing Minister Robert Jenrick, who visited the homelessness charity alongside the Prime Minister, said Mr Johnson is “very much in control” of the flooding.