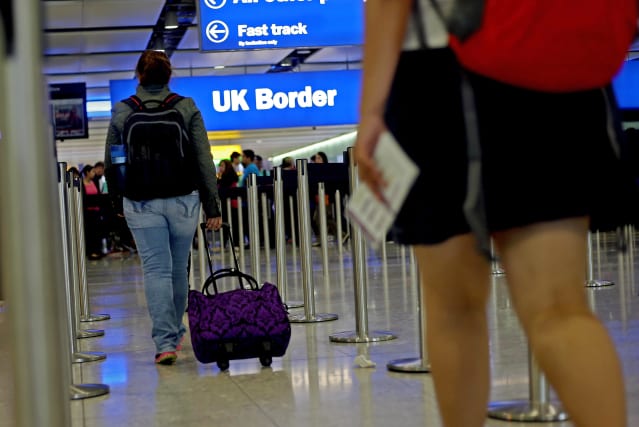 The number of refugees granted asylum in the last year reached its highest level since 2003.

Humanitarian protection, like asylum or other forms of leave to remain, was granted to 20,703 people in the year to December.

This was up 30% on the previous year and the highest number since June 2003 when 24,302 applications were granted, according to the Home Office.

The Vulnerable Person Resettlement Scheme (VPRS) accounted for just over three-quarters (4,408) of those resettled in the UK in that time.

Since it began in 2014, 19,353 people, mainly Syrian nationals, have been resettled under the scheme.

There were 35,566 asylum applications in the UK, 21% more than the previous year but slightly lower than peaks seen in June 2016 around the time of the migration crisis in Europe.

More than half (52%) of applications were initially approved, up from 33% in the previous year.

But campaigners raised concerns over the length of time it was taking for people to have their applications considered.

Figures showed that of 43,632 applications waiting to be processed to the end of December, 52% (22,549) were waiting for more than six months for an initial decision. This is almost double the figure a year earlier (12,213).

Andy Hewett, head of advocacy at the Refugee Council, welcomed news that more people were being granted asylum but said: “We remain deeply worried that more and more people seeking protection in this country are being forced to wait for months, in some cases years for news of their fate.

“It is unacceptable that in modern Britain so many human beings are being forced to survive with such a basic lack of dignity.”

He called on the Government to demonstrate a “strong commitment to increasing safe and regular routes through which people can find safety in the UK”.

Refugee Action reiterated calls for people seeking asylum, whatever their occupation, to be given the right to work after six months of waiting.

The charity’s chief executive Stephen Hale said: “Behind these figures lie the stories of thousands of people who are struggling.

“The Government has a moral and legal obligation to prevent people seeking asylum from falling into destitution. They simply must lift the ban on people working.”

The appeal success rate – the number of asylum applications allowed on appeal excluding those which were withdrawn – was 44% with 3,969 allowed and 4,998 dismissed last year.

Sonya Sceats, chief executive of Freedom from Torture, said: “Continued reliance on the appeals process to make sure decisions are right is both traumatic to those whose lives are in danger and costly to the taxpayer.

“Better resourcing of the decision-making process is urgently needed to bring down waiting times and ensure decisions are right first time.”