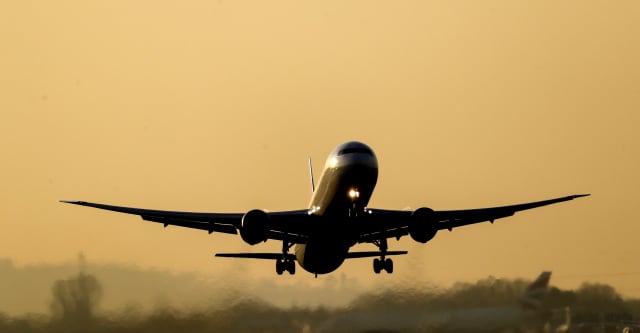 Campaigners trying to block Heathrow’s expansion have won a Court of Appeal challenge.

Heathrow expansion has been a controversial project for more than a decade.

– Who brought the legal challenge to court?

A group of councils in London affected by the potential addition of a third runway, as well as environmental charities and mayor of London Sadiq Khan.

– What was their argument?

They claimed the Government’s decision to support Heathrow expansion was incompatible with the UK’s climate change commitments.

– What was the ruling of the Court of Appeal?

Lords Justice Lindblom, Singh and Haddon-Cave found that the Government’s National Policy Statement (NPS) on airports did not take into account its commitment to the Paris Agreement on climate change.

– What does that mean?

If the Government wants Heathrow expansion to go ahead, Transport Secretary Grant Shapps must first review the NPS.

– What was the Government’s response?

The Government is not appealing against the ruling.

Mr Shapps said the Government will not attempt to appeal to the Supreme Court and will set out its next steps “in due course”.

– Is this the end for Heathrow expansion?

The airport says definitely not. It described the issue raised by the Court of Appeal as “eminently fixable”.

But campaigners claimed the ruling has “killed off the third runway for good”.

– Is the impact on climate change the only reason some people are opposed to expansion?

No, there is a long list of other concerns such as air quality, noise and potentially higher fares.

– What is Boris Johnson’s position?

When he was London mayor he famously promised to “lie down … in front of those bulldozers” to stop the runway being built.

He has expressed a more ambiguous stance since becoming Prime Minister, although some believe he will use the decision of the court to scrap the project.

– Why does Heathrow want to expand?

The airport says its two runways are full and have been operating at 98% capacity for more than a decade.

Gordon Brown’s Labour government gave the project the go-ahead in 2009, but it was scrapped by the subsequent coalition government of the Conservatives and Liberal Democrats in May 2010.

– What are the arguments in favour of a third runway?

Business groups claim it is vital for regional connectivity and access to markets around the world.

Heathrow says if it does not expand then it will be overtaken by rival airports such as Charles de Gaulle in Paris.

– How much would a third runway cost?

The airport’s latest estimate is £14 billion.

Expansion would be paid for by the airport, but ultimately much of the money would come from passengers through fees levied on airlines.

– When could the runway open?

The airport’s latest estimate is “between early 2028 and late 2029”, but the Court of Appeal’s decision could delay this.