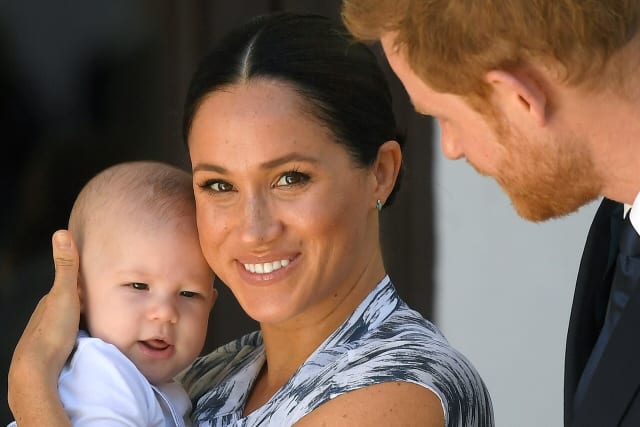 The Duke and Duchess of Sussex’s decision to quit royal life completely has raised a number of issues.

On Thursday, Canada revealed it would stop providing protection for Harry and Meghan after they step down, leading to questions over who will pick up the costs of their future security.

Here we look at some of the main questions Megxit has raised, from where they will live to how they will fund their new lives away from the royal family.

Canada has said it will stop providing protection for the pair leading up to March 31.

As part of its statement, Canada’s Office of the Minister of Public Safety said “the assistance will cease in the coming weeks, in keeping with their change in status”.

Buckingham Palace declined to comment on the development as did Scotland Yard, with a spokeswoman saying “we don’t discuss matters of security”.

It is not known whether taxpayers will continue to fund Harry and Meghan’s personal protection officers, or whether the couple will eventually finance their own security.

Harry and Meghan’s website says: “It is agreed that the Duke and Duchess of Sussex will continue to require effective security to protect them and their son.

“This is based on the duke’s public profile by virtue of being born into the royal family, his military service, the duchess’ own independent profile, and the shared threat and risk level documented specifically over the last few years.

“No further details can be shared as this is classified information for safety reasons.”

Security for the royal family as a whole costs the taxpayer in excess of an estimated £100 million a year, but the actual figure is never disclosed.

– When will the changes take place?

Megxit will happen on March 31 when Harry and Meghan stop representing the Queen and become financially independent.

– Where will they live in Canada?

Meghan has been staying on Vancouver Island, but the family will be looking for a permanent home.

They could remain in British Colombia or head to Toronto where Meghan lived while filming Suits, but their exit plan means they have the freedom to live wherever they want.

This is still unclear.

At the time of their engagement, Kensington Palace said Meghan would be applying for British citizenship.

But it was not specified whether she would hold dual American citizenship.

No commercial deals have been signed so far, but their financial independence means they could seek out fashion lines, sponsorship, become involved with Netflix or Disney, write books, or Meghan could resurrect her lifestyle blog or acting career.

But the Palace said the couple have vowed that “everything they do will continue to uphold the values” of the Queen.

The pair had been in discussions with aides and senior royals about the use of the brand “SussexRoyal”, but it appears they had fallen foul of UK Government rules.

Plans to trademark “SussexRoyal” have now been abandoned and the couple’s website which used the title will now have to be re-branded.

A statement on the site said: “While the Duke and Duchess are focused on plans to establish a new non-profit organisation, given the specific UK Government rules surrounding use of the word ‘Royal’, it has been therefore agreed that their non-profit organisation will not utilise the name ‘Sussex Royal’ or any other iteration of ‘Royal’.

“For the above reason, the trademark applications that had been filed as protective measures and that reflected the same standard trademarking requests as done for The Royal Foundation of The Duke and Duchess of Cambridge, have been removed.

“While there is not any jurisdiction by The Monarchy or Cabinet Office over the use of the word ‘Royal’ overseas, the Duke and Duchess of Sussex do not intend to use ‘Sussex Royal’ or any iteration of the word ‘Royal’ in any territory (either within the UK or otherwise) when the transition occurs spring 2020.”

The family will be spending most of their time in North America.

If this continues, it is more than likely that Archie Mountbatten-Windsor will not have a British education, but nothing has been confirmed.

– How much will the Prince of Wales give Harry and Meghan?

This is unlikely ever to be revealed.

Charles will continue to offer private financial support to his youngest son and Meghan.

It could come from his £21 million-a-year private income from the Duchy of Cornwall landed estate, or from his own private investments.

There is scope for the Queen, Charles, Harry and the Duke of Cambridge to review the arrangements in a year.

But they might decide there is no need for a meeting if all is going well.

Topics up for discussions might range from security and whether Charles’s financial help will continue, to whether Harry and Meghan still retain Frogmore Cottage as a UK base or whether they make a complete move to North America.