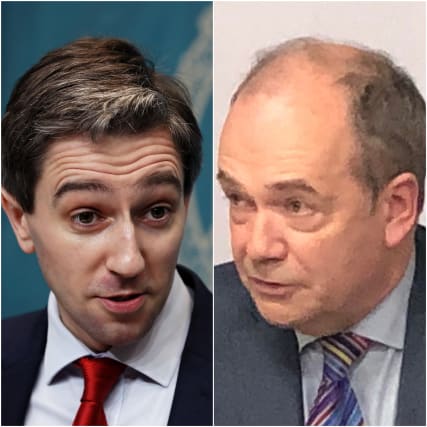 Health officials on both sides of the border are on alert following the first confirmed case of Covid-19 in Northern Ireland on Thursday evening.

The adult patient had returned from northern Italy, travelling from Dublin in the Republic of Ireland, chief medical officer Dr Michael McBride said.

The individual followed advice in reporting concerns to a GP and “self isolated” at home whilst awaiting the results of testing.

Ireland’s Health Minister, Simon Harris, said it was “not unexpected” and is to meet staff at Dublin Airport activating the public awareness campaign for Covid-19 on Friday morning.

The Republic’s National Public Health Emergency Team has been planning for this scenario since January.

The minister said the public should continue to adhere to public health protocols issued by the Department of Health.

Dr Tony Holohan, chief medical officer in the Department of Health told RTE news, the individual who was infected came forward and followed the instructions given by health authorities.

He said the Health Service Executive in the Republic of Ireland will be contacting people who sat within two rows of the person on the plane from northern Italy to Dublin.