Business leaders look on the bright side as confidence grows 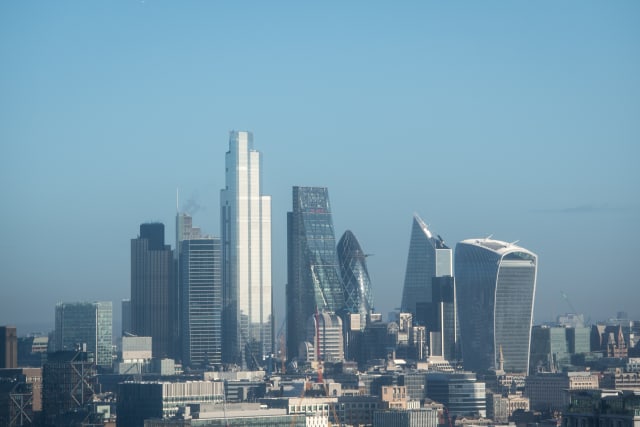 Confidence among business leaders in some parts of the economy has grown at its fastest rate since before the 2016 EU referendum, according to new figures.

The business and professional services and consumer services sectors were two of the drivers in an overall boost in optimism among British business leaders in the three months to February, the Confederation of British Industry (CBI) said.

According to the CBI, business and professional services optimism rose at its fastest since August 2015 while consumer services had its best period since February 2016.

This came despite the volume of business in both sectors decreasing over the most recent period, the CBI said.

“After a sustained period of falling volumes and sentiment, the service sector has a renewed sense of optimism with expectations for growth and investment improving,” said Ben Jones, the CBI’s principle economist.

However, Mr Jones warned against reading too much into the latest figures.

“It’s probably too soon to say whether we’ve turned a corner, particularly as businesses will be increasingly mindful of the risks to the global economy of coronavirus,” he said.

According to separate numbers from Lloyds Bank, business confidence remained flat in February, at 23%, the 14-month peak reached in January after the figure rose each of the five prior months.

The figure, which is taken as a survey of around 1,200 companies, showed that confidence is close to the long-term average of 25%.

Worries about the impact of leaving the European Union eased a lot in February, returning to positive sentiment for the first time since September 2018.

Confidence increased the most in Scotland while it dropped the furthest in Northern Ireland, the data shows. Confidence was still highest in London.

“It is encouraging to see that the regions are starting to align to the long-term national average. London has continued its strong start to the year and with Scottish confidence bouncing back, it could signal businesses’ positive reaction to greater political certainty,” said Paul Gordon, Lloyds managing director for SME and mid corporates.