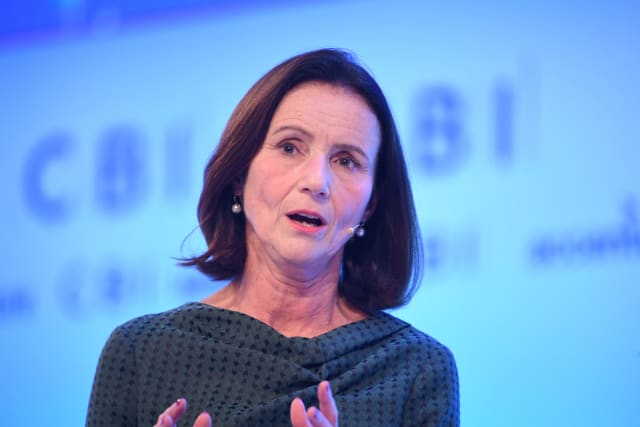 Businesses have demanded clarity and called for friction in trade with the EU to be kept to a minimum after the UK set out its blueprint for talks with Brussels.

As Boris Johnson set out his red lines, the Confederation of British Industry’s director-general Dame Carolyn Fairbairn said firms recognised the “sense of purpose and direction” of the Government but said the UK and EU must be prepared to compromise in order to reach a deal.

The guidelines indicate the Prime Minister could walk away from talks in June unless there was the prospect of a trade deal.

Dame Carolyn said: “Business recognises the sense of purpose and direction of the Government, and fully respects the parameters that have been set down.

“Firms understand that this is just the beginning of months of complex talks. The most challenging areas will require flexibility from both sides to find a breakthrough.

“The spirit of compromise that delivered the Withdrawal Agreement last year must carry into the negotiations that start next week.

“But above all, these negotiations should prioritise three objectives. Firstly, it must ensure comprehensive coverage of services trade to help maintain the UK’s competitive edge.

“Secondly, exporters’ hands should not be tied by costly red tape and finally, customs complexities should be kept as low as possible.”

British Chambers of Commerce chief Adam Marshall said: “Now that the shadow-boxing is over, firms are impatient for negotiations to begin in earnest.

“Businesses are pragmatic, but need the UK-EU negotiations to deliver clarity on the many practical, real-world details that will affect their day-to-day operations for years to come.

“Government must ensure business communities are active participants in the negotiations, and must draw on their expertise to shape an agreement that delivers for the whole of the UK.”

Allie Renison, from the Institute of Directors, said that bosses would be relieved that there was a significant amount of detail in the negotiating stance but “disappointed that securing market access continuity seems to be less than a fundamental priority”.

“For most IoD members, maintaining ease of trade with the single market is more important than being able to diverge from EU regulations,” she said.

“This doesn’t mean they expect everything to stay the same, but they were hoping for a more balanced approach on alignment and divergence – not least because of implications for trade between Great Britain and Northern Ireland arising from the revised Brexit deal.

“Both sides must now work flat-out from now to bridge the gap and secure a deal.”

TUC general secretary Frances O’Grady said: “A good deal with the EU should be this Government’s priority.

“But instead Boris Johnson is gambling with people’s livelihoods by again threatening a disastrous no deal.”