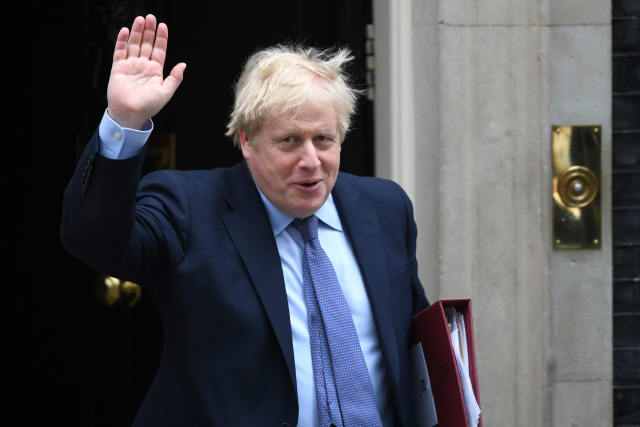 As a backbencher, Boris Johnson famously said he would lie down in front of bulldozers to stop a third runway at Heathrow.

But once in government some fellow critics of the expansion scheme accused him of dialling down his opposition to the project as he struck a more ambiguous tone.

But now the Court of Appeal’s decision that the Government must reconsider its support for a third runway because of the environmental impact could see one of the Prime Minister’s favourite phrases coming true – having his cake and eating it.

On entering Downing Street, Mr Johnson faced business pressure to push ahead with the Heathrow project to see, as was asserted, his vision of a post-Brexit “global Britain” come true.

Now the Prime Minister could choose to insist his hands have been tied by the courts, as he talks-up his green credentials and makes it clear to his Uxbridge and South Ruislip constituents in west London that he kept his word.

Indeed, Mr Johnson was so militant in opposition to Heathrow expansion in his victory speech after winning the seat in 2015, he promised to join forces with neighbouring Labour MP John McDonnell.

The newly elected MP stated: “John McDonnell, yes John, I will join you, I will lie down with you in front of those bulldozers and stop the construction of that third runway.”

Mr Johnson, who as London mayor had supported an air-hub in the Thames estuary dubbed “Boris Island”, insisted that expansion at Gatwick could boost the economy with less environmental damage than the Heathrow initiative.

After entering the Cabinet as Foreign Secretary in July 2016, Mr Johnson was bound by collective responsibility and he remained in place when the Government approved the Heathrow plan later that year, as his friend and fellow west London MP Zac Goldsmith quit Parliament to force a by-election on the issue – a by-election the now Lord Goldsmith lost heavily.

In June 2018, some MPs mockingly shouted in the Commons “where’s Boris?” as the Foreign Secretary was visiting Afghanistan at the same time Tory MPs were ordered to vote in favour of a third Heathrow runway.

Critics of Mr Johnson found the timing of the trip abroad suspiciously politically convenient for him back home.

That vote caused a junior minister to quit, but Mr Johnson said him following suit would “achieve absolutely nothing”.

Heathrow Airport has insisted it will press on with expansion and will work with the Government on the environmental issues, with a spokeswoman saying it was “eminently fixable”.

With the Government deciding not to appeal the ruling, the ball is back in Downing Street’s court.

Mr Johnson could now decide to claim that his original stance on Heathrow has been stood-up by the judges without the need for him to lie down in front of the bulldozers.