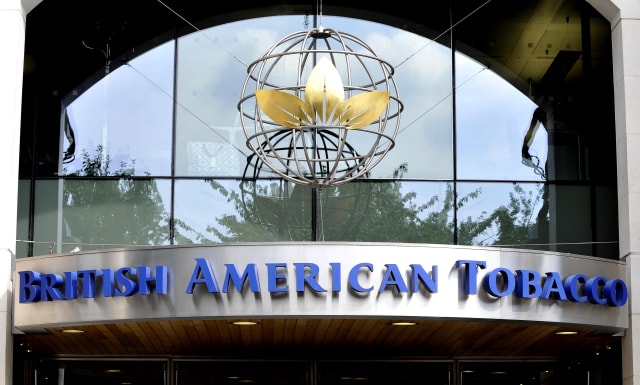 British American Tobacco has posted lower profits after the Camel and Lucky Strike maker was hit by litigation charges and restructuring costs.

The tobacco firm said pre-tax profit fell 5.2% to £7.91 billion in the year to December as it was impacted by its restructuring plan which cut 2,300 jobs.

The jobs cull, which was announced in September, came as the company said it would shift its focus away from traditional cigarettes and towards e-cigarettes and heated tobacco.

BAT said sales for its New Categories division – which includes e-cigarette and heated tobacco products – increased by 32.4% to £1.21 billion despite a slowdown in US vape sales, ahead of a government ban on flavoured vapes which was introduced last month.

The tobacco firm said total revenues increased by 5.7% to £25.8 billion during the year, despite falling sales volumes of cigarettes.

Chief executive Jack Bowles said: “When I became CEO, my commitment was to maximise value growth from combustibles, deliver a step change in New Categories and develop a simpler, stronger, faster, more agile organisation to create a better tomorrow.

“I am delighted with the progress we have made in all areas.”

Mr Bowles said the business has largely completed the restructuring programme it announced in September.

He added: “This will create the capabilities and resources to continue investing in New Categories and allow us to deliver on our financial commitments.

“Looking into 2020, we are confident of another year of high single figure adjusted constant currency earnings growth.”

Steve Clayton, manager of the Hargreaves Lansdown Select funds, said: “These are predictably solid results, which demonstrate the strength of BAT’s businesses around the world.

“Tobacco faces many challenges currently, but BAT is navigating around them and generating substantial cash flows in the process.”