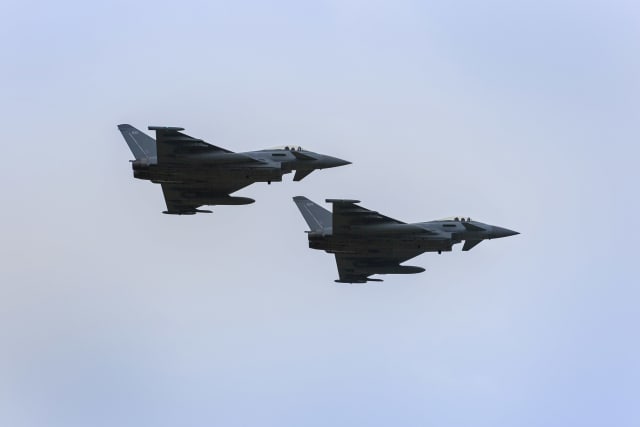 The Ministry of Defence’s equipment plan remains “unaffordable”, with a potential funding shortfall of up to £13 billion, the Whitehall spending watchdog has warned.

The National Audit Office (NAO) said the MoD’s unwillingness to take “difficult decisions” meant military capabilities could be lost as funding for them simply runs out.

The warning comes after Boris Johnson confirmed armed forces’ procurement processes would form part of what the Government has billed as the deepest review of foreign and defence policy since the Cold War.

The MoD’s central projection is that the rolling 10-year programme to purchase and support aircraft, ships and weaponry will cost £183.6 billion between 2019 and 2029 – a budget overrun of £2.9 billion.

But in the “worst-case scenario”, if all the risks associated with the plan were to materialise, that could rise to £13 billion.

It is the third year in succession that the NAO has concluded the plan is “unaffordable”.

While the central estimate for the shortfall is down on last year, the NAO said this was because the MoD had made “more optimistic judgments” about the likely costs, which had taken out £7.8 billion, rather than address the underlying issues.

The MoD has been trying to manage the financial pressures by establishing tighter control of in-year expenditure.

But the NAO said this “short-term focus” on living within its annual budget meant existing military capabilities were increasingly being lost.

It said that unless action was taken, the “floating hospital” facilities provided by the ship RFA Argus would go, while the number of Sentry early warning radar aircraft could be cut.

The head of the NAO Gareth Davies said the MoD had failed to take the “necessary strategic decisions” to address the “affordability gap” in its plans.

“There is evidence that its continued short-term focus on living within annual budgets is increasingly affecting the armed forces’ ability to maintain and enhance the UK’s military capability,” he said.

“The MoD needs to determine its strategic priorities so that it can develop an affordable long-term programme of investment.”

Defence Secretary Ben Wallace insisted the MoD had made “encouraging progress” in improving its financial management but acknowledged there was “work still to do”.

“We will need to create the financial headroom in our equipment plan to harness emerging technologies and develop the battle-winning capabilities of tomorrow,” he said.

“We know that to get this right, we must accelerate our work to mobilise, modernise and transform so that we deliver more effectively and efficiently over the long-term.

“Reviewing our acquisition process will be an important part of this work.”