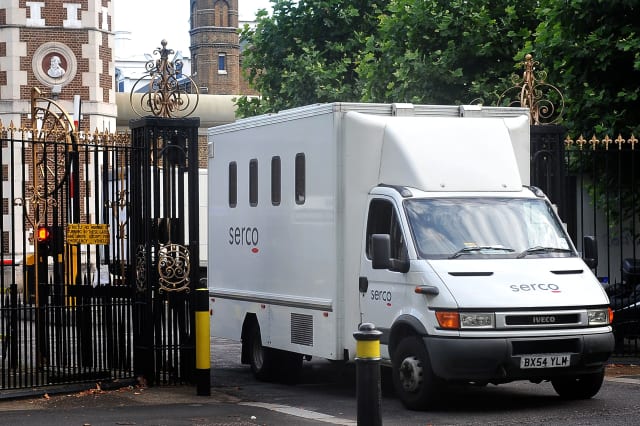 Chief executive Sir Rupert Soames unveiled the first shareholder dividend payout since 2014, when the company came close to collapse amid the fallout from a prisoner tagging scandal.

Sir Rupert – the grandson of Winston Churchill – said: “All this indicates that we have finally achieved escape velocity, leaving behind the gravitational pull of past mis-steps, and gives the board confidence to recommend paying a dividend for the first time since 2014, which is an important milestone.”

He added: “The results for 2019 represent the first year of revenue growth since 2013 and the second successive year of growth in profits, and we expect continued strong progress in 2020.”

The group – which offers services across defence, security, immigration, health and transport – also forecast a 20% hike in underlying trading profits in 2020, to £145 million, with revenues set to rise by around 6% to 8% this year.

The results see the company put the scandal of the past behind it following six years of recovery.

Serco and fellow outsourcer G4S found themselves at the centre of a public and political storm in 2013 when it emerged that the pair had been overcharging the Government for electronically monitoring people who were either dead or in jail, or had left the country.

The two companies were stripped of their responsibility for tagging criminals in the UK later that year.

It led to a £22.9 million settlement by Serco with the Serious Fraud Office, which came on top of a £70 million fine from the Ministry of Justice in December 2013.

But the company has steadily been turning around its battered reputation and winning orders worldwide, with results revealing that its order intake increased by a record £5.4 billion over 2019.

Serco said more than 60% of its sales and 50% of employees are now outside the UK, with double-digit revenue growth in the Americas and Asia Pacific Divisions – up 35% and 16% respectively, while the UK and Europe grew 5%.