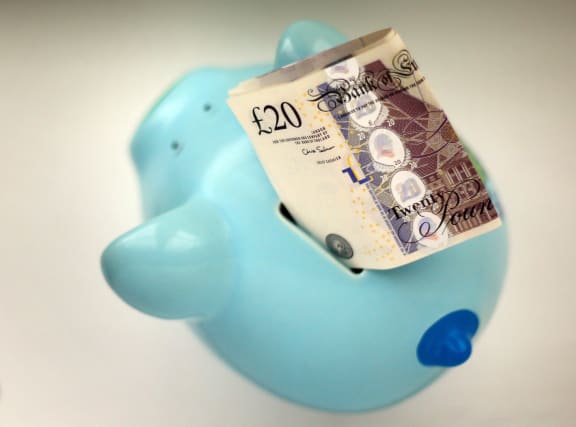 Pension savers are struggling to track down and understand their retirement pots, according to Which?

The consumer group wants to see the urgent introduction of a “pensions dashboard” where people would be able to see information about all their retirement pots online, in one place.

Which? asked 12 volunteers to track down key pieces of information about each of their 38 pension schemes.

Nine of the 12 encountered gaps in their data, while three found all the requested information through paper statements, online accounts and phone calls.

Some volunteers struggled to find the value of their pension or projected entitlement under a defined benefit (DB) scheme. One was told by their provider that they had to wait 40 working days for a new statement to give the information.

Some struggled to find out about pension charges and their provider’s investment strategy.

Which? also found that information was not always correct.

One 36-year-old woman from London had a shock when she started looking at her pension with a former employer – a US-based marketing agency using a UK payroll provider.

For eight months, pension payments had been deducted from her salary, but neither this money nor any company contributions had reached her pension account, Which? said.

Other volunteers found that pension company mergers and takeovers can add to the sense of confusion.

In a separate survey, Which? asked more than 300 members across the UK whether they would use a pensions dashboard to manage their retirement and what they most wanted to see included in it.

More than three-quarters (77%) said they would be likely to use the dashboard.

Among the top requests for inclusion was an update on the state pension, with nearly three-quarters (74%) wanting to know how much they would get at state pension age.

Nearly two-thirds (62%) were keen to have a projection of their future retirement income, while more than half (55%) wanted to know their current pension value and a similar number (54%) wanted to see charges.

The Pension Schemes Bill legislates for the introduction of a pensions dashboard. The project was first announced in the 2016 Budget.

Which? said the dashboard should publish key information such as charges and income projection figures.

Gareth Shaw, head of money at Which?, said: “A pensions dashboard could be a game-changer for consumers who have struggled for too long with a complex, fragmented pensions system.

“For the millions of pension savers to get genuine benefit from a dashboard, the Government must use this opportunity to ensure that it delivers all the information consumers need to see, including their charges, income projection figures and state pension entitlement.”

The findings were released as a separate survey commissioned by the Association of British Insurers (ABI) showed that nearly a fifth (19%) of people do not access information about their pensions.

The ways in which people currently interact with their pensions vary across the generations, the ABI said.

While people generally favoured going online to access their pensions information, younger adults tended to prefer using their mobile and over-55s were more drawn towards using their pension provider’s website.

Rob Yuille, assistant director, head of long-term savings at the ABI, said: “People need support to engage with their pensions to make sure their retirement lives up to their expectations. Pensions dashboards will be critical to achieving this.

“To make it easier for people to engage, both Government guidance services and private companies, like pension providers and banks, need to be able to offer pension dashboards.

“Employers, charities and trade unions could also provide these services, so that people can access the information wherever is comfortable and convenient for them.”

Robert Cochran, a retirement expert at Scottish Widows, said: “The ABI research highlights a clear need to fix the pensions ‘blind spot’ and prevent people going along in the dark when it comes to retirement saving expectations and reality.”

He said more than five million banking and insurance customers can already see their Scottish Widows workplace or individual pensions alongside their Lloyds Bank, Halifax and Bank of Scotland banking, savings and home insurance products – and this is expected to increase to around nine million by the end of the year.

“Customers log into mobile banking more than 23 times a month on average, and giving a real-time view of their long-term savings will help them plan better for the kind of the retirement they want,” said Mr Cochran.

“Technology has the ability to help people keep better track of their pension saving, but doing this in places they already go to will make a real difference to plugging the gap.”

Guy Opperman, Minister for Pensions and Financial Inclusion, said:  “This adds to the already substantial case for making pensions dashboards a reality, and shows how popular they’ll be.

“They will help bring pensions into the digital age, transforming how we all think about and plan for retirement and will display information about someone’s pensions, including their state pension.”

Here is a pension planner checklist from Which?

– Get to grips with the basics. Ask for an up-to-date statement if you have not had one in a while and make sure any online log-ins still work.

– Update your details. If you have not updated your address since moving, your pension statements may end up with someone else.

– Nominate a beneficiary. After your death, most pension schemes will allow anyone to inherit your pension.

– Find lost savings. The Pensions Tracing Service is free to use and searches a database of more than 200,000 workplace and personal pension schemes.