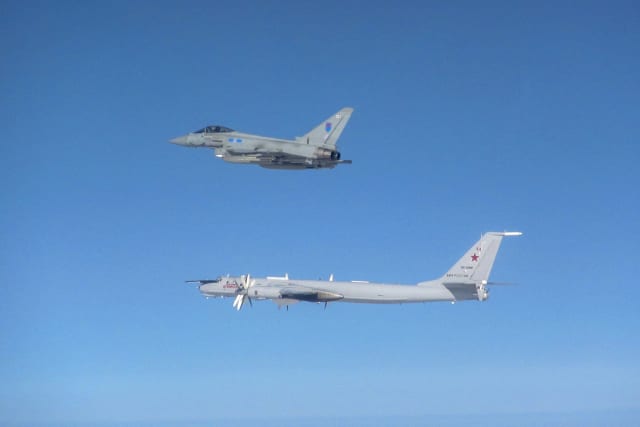 Two Quick Reaction Alert Typhoon jets were sent from RAF Lossiemouth in Moray to Shetland at 11am on Wednesday.

A spokesman for the RAF base said the unidentified aircraft, suspected to be Russian, did not require to be intercepted and have since departed.

He said: “RAF Quick Reaction Alert Typhoons have been launched at RAF Lossiemouth after unidentified aircraft were tracking towards UK airspace.

“These unidentified aircraft remained outside our area of interest and no interception took place.”

He said the service was unable to confirm the number or type of unidentified aircraft involved.